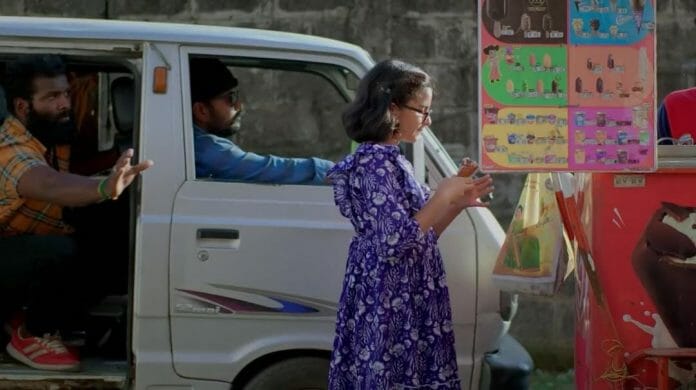 Zee Tamil daily soap Anbe Sivam is all set for more drama in the upcoming episode with Shivam trying to convince Anbu.

In the previous episodes it was seen that Aarasi bought few sarees from Anbu for her employees. Aarasi mocked Anbu saying that the sarees that Anbu is selling are suitable only to her house employees. After Anbu left, Aarasi and Rajasekar scolded Iniya for answering them back in front of Anbu. Iniya refused to accept Rajasekar as her father and asked him to not speak between her mother and her. Rajasekar got angry and raised his hand to slap Iniya, but he stopped. Later Iniya narrated everything to Shivam. Shivam got furious at Rajasekar and wanted to confront him, but Iniya stopped him saying that it could create trouble for Oviya.

Will Anbu realise Shivam’s goodness? Will Anbu and Shivam reconcile?