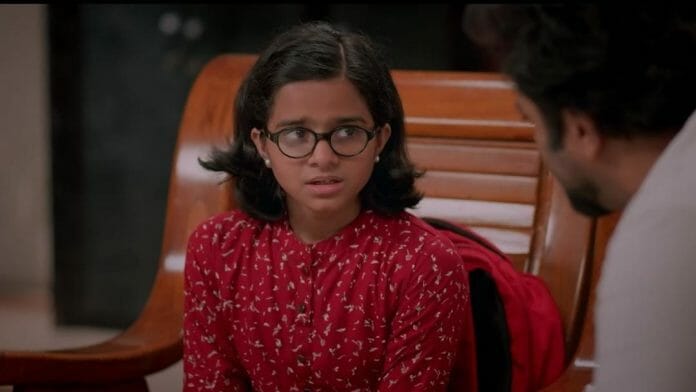 In the previous episodes it was seen that Kushali bought some sarees from Anbu. The latter got happy and left. Kushali gave the sarees to Shivam. He said to Kushali to keep the sarees as his gift for her for looking after her daughter. Baskar and his mother were at Chennai. They noticed Anbu, Malar and the kids happily having ice cream. Anbu came to sell sarees at Aarasi’s house unaware of that. Iniya spotted Anbu and called her inside. Anbu learned through Iniya about Aarasi’s second marriage with Rajesekar and shivam and Iniya moving to Chennai for Oviya’s sake. Aarasi and Rajasekar came back and saw Anbu at their house. Aarasi and Rajasekar mocked Anbu. Aarasi humilated Anbu asking to sit on the floor and show her the sarees to buy.

In today’s episode it’s shown that Aarasibuy few sarees from Anbu for her employees. Aarasi mocks Anbu saying that sarees she is selling aren’t suitable only to her house employees. After Anbu left, Aarasi and Rajasekar scold Iniya for answering them back in front of Anbu. Iniya refuses to accept Rajasekar as her father and asks him to be in his limit. Rajasekar gets angry and raise his hand to slap Iniya, but he stops. Later Iniya narrates everything to Shivam. Shivam gets furious at Rajasekar and wants to confront him, but Iniya stops him saying that it could create trouble for Oviya.

Will Anbu realise Shivam’s goodness? Will Anbu and Shivam reconcile?