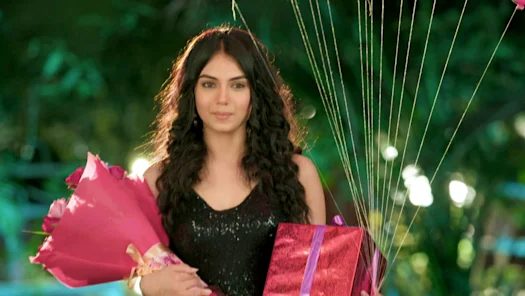 Anisha proposes Kairav for marriage with a hidden agenda. Akshara will spot Anisha with someone else

Mahima, Anand think why Anisha returned back. Parth adds he doesn’t understand why Anisha wants to marry so soon. Akshara sees family picture and recall Mahima’s accusation. Abhimanyu asks Akshara to forget whatever is going on in her mind. He asks Akshara to help her in making her birthday special. Akshara agree with Abhimanyu. Abhimanyu gets romantic with Akshara. They both feed cake to each other. Abhimanyu gives a kiss to Akshara. Abhimanyu and Akshara’s painting gets ruined in the meantime.

Kairav says to Anisha that he isn’t sure. Anisha apologize to Kairav for last night. Suhasini dislike Anisha’s return. Goenkas get together. They ask Kairav to take decision about marrying Anisha as what if she will keep running to Mumbai post marriage. Arohi dislike Anisha. She says she just can’t stand Anisha. Suhasini like Arohi is on her side.

In the upcoming episode, Goenkas and Birlas will fix Anisha and Kairav’s alliance. Everyone will get happy. Elsewhere, Anisha will hide something. Akshara will spot Anisha with someone else. Will Anisha be able to trick Akshara? What Anisha is hiding? Will Akshara be able to reach the truth? Keep watching the show to learn more.