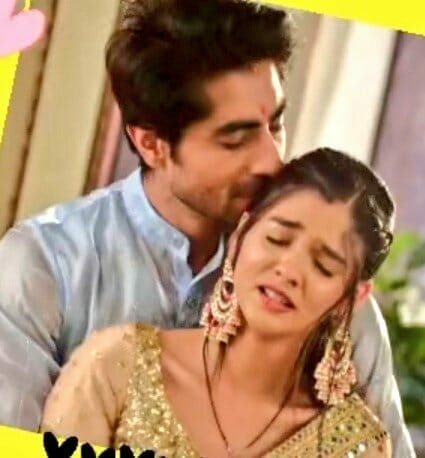 Akshara will learn about Anisha’s boyfriend. She will confront Anisha about the same

Akshara says to Abhimanyu that he is taking Suhasini’s intention wrong. She asks Abhimanyu to stay calm. Abhimanyu says how he can’t stress when his sister is accused. Mahima asks Abhimanyu to not stretch the matter. Akshara says they should not say anything before any confirmation. She recall random guy messaging Anisha. Back to reality; Akshara asks everyone to move on. She says Kunal gave good news about Abhimanyu’s surgery and they should celebrate the moment. Manjiri corrects Abhimanyu for reacting upon Suhasini.

In the meantime, Akshara overhear Anisha’s talk with her boyfriend. Anisha asks her boyfriend if he is fine. She asks him to show her him bruise. Anisha apologize to her boyfriend for not being present at the moment. She promises to him that post wedding she will be with him permanently. Anisha’s boyfriend says his wife will never give him divorce thus it is necessary for her to get married soon.

In the upcoming episode, Akshara will vow to expose Anisha’s evil intention. Will Abhimanyu be able to forgive Akshara for Anisha’s deed? Anisha will turn the table around and will trap Akshara? Interesting drama has been stored for the viewers of the show. Keep watching Yeh Rishta Kya Kehlata Hai mon-sat, 9:30 PM on Star Plus.