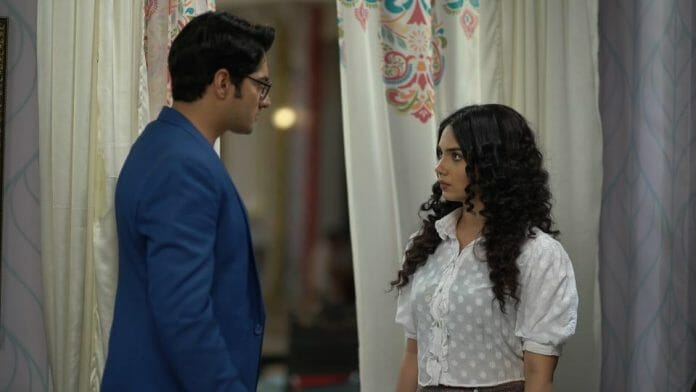 We are back with the weekly highlight of your favorite show ‘Yeh Rishta Kya Kehlata Hai’. This week show witnessed the new entry in the form of ‘Anisha’. Who is Anisha find it out below!

In the Monday episode, Birlas and Goenkas came face of face during Makar Sankranti celebration. Akshara and Abhimanyu gets stressed when Harsh challenge Manish in kite flying competition. Akshara wish for patch up between the family’s. She seek Abhimanyu’s help. Abhimanyu assures Akshara. Later, Abhimanyu and Akshara is caught sharing romantic moment.

Akshara and Abhimanyu is questioned:

Further, Manish asks Akshara to resign from the Birla hospital. Abhimanyu learns about the resignation and tries to convince Akshara not to leave the hospital. Akshara gets adamant to follow Mainsh’s order and resigns. In the meantime, Abhimanyu learns Anisha is back after 2 years. He goes to meet her and get shocked seeing cut on her wrist. He aids her.

Fresh start for Akshara and Arohi:

Akshara and Arohi patch up. Arohi decide to fix her relationship with Akshara. Akshara share the news with Abhimanyu. Neel and Abhimanyu doubts Arohi’s decision. Next, Harsh informs Birlas about throwing Akshara out from the hospital. He disrespects her. Abhimanyu over hears Harsh’s talk and decides to leave Birla hospital too.

Post Abhimanyu decide to leave Birla hospital. Harsh calls Manish and accuse Akshara for the mess. Mainsh gets angry. In the meantime, Akshara console Abhimanyu. Arohi learns about Abhimanyu’s meeting with Anisha and informs Akshara. Akshara decide not to doubt on Abhimanyu.

Towards the end of the week; Abhimanyu console Anisha. He decide to support Anisha. Arohi asks Akshara to check upon Abhimanyu. Akshara show her trust on Abhimanyu and refuse to stalk him. She add Abhimanyu himself will disclose to her if anything to. Arohi leaves the place. Abhimanyu decide to reveal to someone at Birlas but Anisha stops him. Anisha says 2 years back drama happened and now she don’t want any more drama else she will die. Abhimanyu console Anisha and gives her a hug. Akshara passes by the way yet fail to spot Abhimanyu and Anisha.

Mainsh talk with Akhilesh and says post whatever happened he thought their image will be affected but their business is seeing a growth. Harsh calls Mainsh and asks him to control Akshara as because of her, he is losing Abhimanyu. He accuse Akshara. Mainsh asks Harsh not to vent out his frustration on him. Duo argues with each other. Mahima and Anand asks Harsh to hang up the call. They says a call to Mainsh was not needed. Harsh gets angry.

There, Kairav spots Abhimayu with Anisha. He fails to see Anisha. In the meantime, Akshara receives a call from a medical camp. She gets happy to heal the patients with her music. Akshara think Abhimanyu might be busy at OT and decide to tell him later. Abhimanyu and Akshara ends up in the same camp. Abhimanyu decide to reveal to Akshara about Anisha. He tries to confess Akshara. Akshara gets a panic attack seeing a patient out there. She recalls Sirat’s death. Abhimanyu console Akshara. He decide to reveal to Akshara about Anisha later. Akshara bumps into Anisha.

Later, Kairav message Akshara about spotting Abhimanyu with a girl. Akshara is perplexed. Mainsh gets angry on Birlas. He says Birlas don’t have a manner to talk. Mainsh says sometimes he feel they too don’t live in peace as they keep making them restless. Suwarna corrects Manish.

Here, Harsh looks for a PR opportunity for his diamond trader patient. Mahima and Anand react. Harsh think Goenkas are in a same business too. Later, Abhimanyu learns Anisha and Akshara was at the same place. He decide to disclose about Anisha to Akshara at first place. Arohi asks Akshara to confront Abhimanyu.

In the upcoming episode, Anisha is related to Kairav and how, this twist will hook the audience surely.