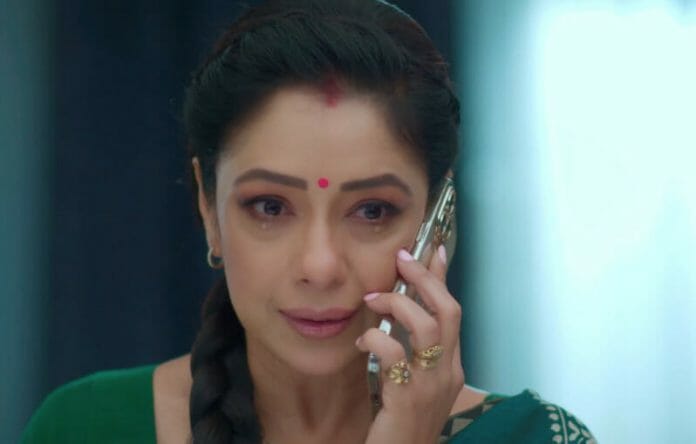 Rajan Shahi Anupama is high on drama. The show will now see Anuj getting angry on Anupama for being over good person.

In today’s episode, Anuj gets a call from Samar. Samar informs Anuj that Pakhi is missing. Anupama, Anuj looks for Pakhi. They find Pakhi lying on the road. Anupama lies beside Pakhi. Anuj reads poetry on a motherAnupama, Anuj bring Pakhi to Shah house. Anuj asks Pakhi not to worry as Anupama is with her. Anupama asks Pakhi to look around. She asks what she saw. Pakhi says people. Anupama says not just people but it is life. She explains each people are fighting to survive. Anupama shows sweeper, shopkeeper and worker. She adds all are doing hard work to survive and no one is giving up. Anupama advice Pakhi to do hard work instead of simply complaining. She asks Pakhi to do anything but find the purpose of her life. Pakhi understands teary.

Pakhi realizes her mistake and decide to start afresh.

In the future episodes, Anuj will say Anupama that Anu and he will not pay for her goodness. He will ask Anupama to spend more time with Anu. Pakhi will demand Anupama to be with her. Will Anupama be able to balance between Pakhi and Anu? Time will tell. Keep watching the show for more drama.