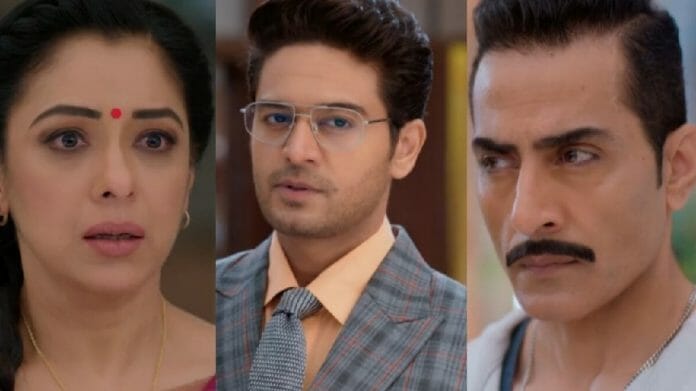 Show Anupama will see high voltage drama. In the upcoming episode, Malvika will get an urgency. She will inform Anuj that she has to leave for US. Anuj will say to Malvika that without her he isn’t going to marry. Malvika will cry. Elsewhere, Anupama will assure Pakhi, Samar, Paritosh and Kinjal that despite her wedding with Anuj, she will always remain their mother. Pakhi, Samar and Paritosh will get emotional. Keep watching the show to know what next happens.

In today’s episode, Transgender come on Anuj’s invite. Anuj and Anupama says to them that they are finally getting married. Transgender out there says her blessing never goes in vain. Anuj says as per his promise he called them. Transgender feels good with Anuj’s ideology. They bless Anuj and Anupama and refuse to take anything in return. Devika says MaAn’s marriage is path breaking.

Anupama feed sweets to transgender. Kanta says the stranger came and blessed the couple to be and taunts Leela for not keeping a value of 27 years long relationship. She says time is still left. Hasmuk asks Kanta to ignore Vanraj and Leela. Further, Anupama and Anuj thanks Shah’s for making their special day more special. They says other would have asked them to marry in temple. But the way Shah’s are standing in their thick and thin is overwhelming. Anuj, Anupama feels blessed being around Shah’s and says everyone should get a family like them. Vanraj and Leela sit furious.

Later, Anupama and Anuj gears up for their big day. Anupama blushes thinking about her wedding. She asks Leela to bless her on her big day. Kavya tries to convince Vanraj to give good farewell to Anupama.