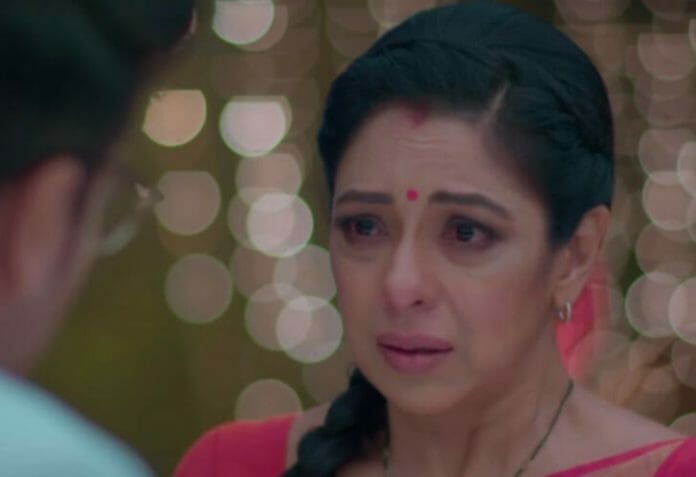 Anu takes Maaya’s name in the sleep. Anupama talks with Anuj and says how Maaya can claim right on Anu. She says they got Anu from the orphanages thus she is her daughter. Anupama says how at Anu’s friends’ farm house Maaya bonded with her. Anuj says he can’t trust Maaya. He doubts how Maaya without their consent is meeting Anu. Anuj decides to confirm from Abhay if Maaya is a fraud. He calls Abhay. Anupama and Anuj get emotional. Maaya think Anuj, Anupama might be thinking she is after Anu for money but they are wrong. She adds her love for Anu pulling her.

Abhay confirms to Anuj and Anupama that Maaya left Anu seven years back. Anuj and Anupama gets stunned. Anuj says he can’t believe Maaya is not lying. Maaya says her case is strong and none can separate her from Anu. Anuj loses his cool. Anupama calm Anuj. Anuj says by giving birth a mother can’t become the one. He adds a mother needs a raise a child. Anuj says he will not let Maaya separate them from Anu. He says he won’t even give a toy of Anu to Maaya. Anuj decide to fight to keep Anu close. Anupama breaks down.

Anupama looks for Anu. Anu goes missing. Anupama dreams of Anu getting kidnapped. Back to reality; Anupama wakes up and gets restless. Anuj says he can’t live without Anu. Anupama console Anuj. Anuj asks Anupama to promise him that she won’t let Maaya snatch Anu from them. Anupama assures Anuj. She thinks the fight is going to be tough. Vanraj asks Kavya to quit her her. Kavya decide to make her modelling career against Vanraj’s wish.

Precap: Maaya tells to Anu that she is her biological mother and will take her along soon. Anupama, Anuj stand stunned.