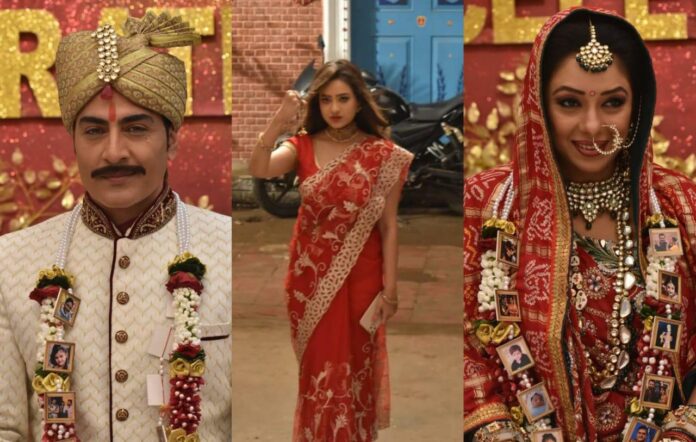 Today’s episode starts with Sweety telling to Vanraj that Anupama has regained her consciousness and is coming to meet him along with Paritosh and Samarth. Vanraj stands shocked. Anupama enters the room. She asks Paritosh and Samarth to go out. Post both left, Anupama asks Vanraj why he betrayed her.

Vanraj address Anupama as ‘Anu’. Anupama asks Vanraj to call her with her name. Vanraj tries to convince Anupama that whatever she saw was half truth. He says to Anupama that Kavya fall on him by mistake. Anupama refuses to believe Vanraj and asks him to speak the truth. Vanraj tells to Anupama that Kavya was emotionally sad and work at his office so he got attached to her. He adds but whatever she saw was not whole truth. Vanraj says Kavya came here to threaten her. Anupama interrupts and asks Vanraj to stop making stories.

Anupama asks Vanraj if he was lying to her whole life. She questions Vanraj’s loyalty and tells to him that from now she will take her life decision. Vanraj asks if she will give divorce to him. Anupama says she will decide that. Vanraj says to her that she doesn’t have any identity and the house belongs to him. Anupama says she will prove her worth and from now she will live life on her on condition. She tells to Vanraj that she has thrown him out from her life and walks out from the room.

Precap: Anupama asks Sweety if she can share the room with her. Sweety tells to Shah’s about Anupama’s decision. Here, Samarth over hears Paritosh and Kinjal’s talk and stands stunned.

December 3, 2020
Anupamaa Spoilers, Upcoming Story, Latest Gossip , Future Story, Latest News and Upcoming Twist No matter how much a man says that they will be...

December 3, 2020
It is Rajan Shahi's birthday today (December 3). The ace producer as usual opted for a working birthday and started his day by cutting...