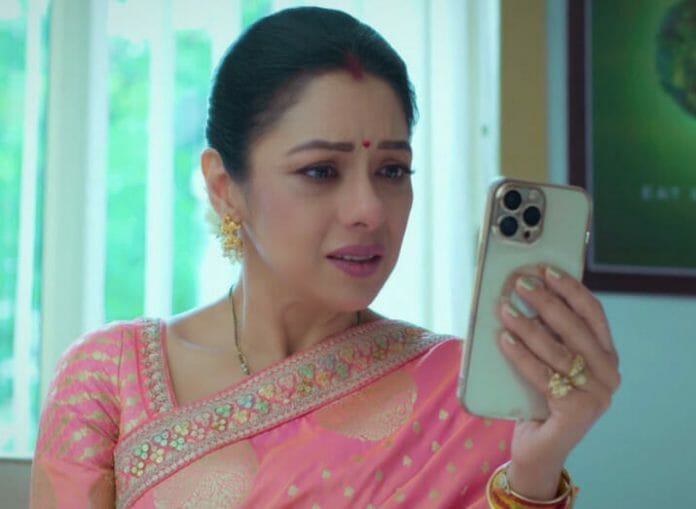 In today’s episode,  Anuj says his culture teaches him to respect elders and not to support the wrong. Vanraj asks Anuj if he is calling Leela liar. Anuj says yes because Leela is accusing him falsely. He adds they should put some brain in thinking if Hasmuk is missing than how he is responsible. Leela accuse Anupama for instigating Anuj. Vanraj side Anupama. Anuj says to Leela that many things changed but Vanraj, Leela’s perception towards Anupama is same. He says from now on he won’t let anyone disrespect Anupama.

Leela accuse Anupama. Anupama support Anuj. She asks Leela and Anuj to stop accusing Anuj who selflessly do everything for others. Leela regret coming to Kapadias. Vanraj says to Leela that she is wrong by visiting Kapadias when they can just make a call to him. He asks Paritosh, Samar why Shahs visited Kapadias. Vanraj accuse Shahs for ruining his last day of the year. He asks Shahs why they all need Anupama to rescue them from problem. Vanraj asks Kinjal why she didn’t avoided going to Mumbai. Kinjal defends and says even if she could have taken the first flight than too she could not have reach on time. She adds Anupama handled Pari. Vanraj asks why none informed him.

Vanraj worries for Hasmuk. Kavya asks Vanraj to stop accusing Kapdias. She adds what if Kapadia’s will question Vanraj why he went Delhi. Vanraj asks Kavya not to interrupt. He says Hasmuk is missing and they should focus on him. Anupama asks Vanraj why he remembers the main point. Leela accuse Anupama for the fight. Samar asks Leela not to taunt Anupama as she is not her daughter-in law. Leela asks Samar not to interrupt. She accuses Samar for getting close to Dimple. Dimple defends. Anupama asks Leela to think before she speaks. Leela tells to Vanraj about Samar and Dimple’s close dance. Dimple asks Leela to stop lying. Leela asks Vanraj to see if in front all are disrespecting her than behind his back what they would have done.

Vanraj gets angry on Anupama and Kapdias. Anuj decide to speak up. He says it is enough and high time he should take a stand. Anuj says he supported Shahs but problems at their house are never ending. He says he embraced Anupama’s family and problem both but Shahs treated him badly. Anuj asks Shahs to start giving respect or he doesn’t want extended family like Shahs. Ankush takes a stand for Anuj. Anupama think Anuj suffered a lot because of her.

Anuj takes a stand for Anu. He says he treated Shahs as his own family but they never gave him deserved respect. {Episode Ends}

Precap: Kavya and Kinjal against Leela and Vanraj. Hasmuk returns back.