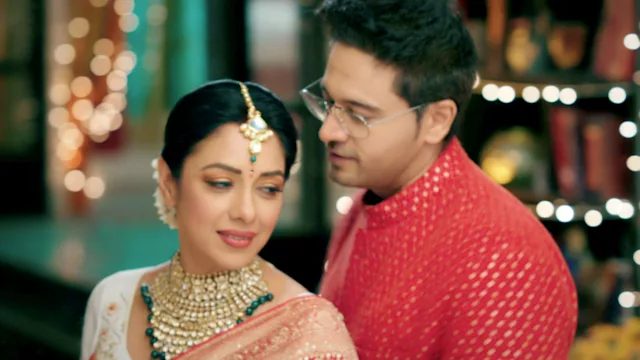 Vanraj about to leave and Kavya stop him. Kavya says her talk isn’t finished yet. Anupama and Anuj spend time with Anu. Pakhi cries. She recalls her action towards Anupama and realizes her mistake. Vanraj asks Kavya to complete her talk. Kavya says she always wanted to be Anupama but she thanks God she isn’t. She regrets Anupama’s own children disrespected her.

Kavya says Shahs can never value Anupama no matter what she does for the family. She says when Anupama after doing so much wasn’t valued than one thing is clear it is useless to do anything for the house. Kavya says from now on she will not bear anyone’s taunt in the house and will live on her condition. She adds if anyone will try to block her way than she will not entertain anyone rather she will give befitting reply. Kinjal feels proud.

Anupama asks Pakhi if she got hurt. Pakhi dream Anupama is around. Anupama in Pakhi’s dream confesses she will be always with her. Back to reality; Pakhi falls down and cry for Anupama.

Anupama recall her insult. Anuj says to Anupama that he doesn’t want to take away her relationships but Shah’s crossed their limit. He add he can’t let her bear anymore insult. Anuj says it was Shah’s thus he was quiet else if it would have been world he would have set it on fire for disrespecting her. Anuj says to Anupama that he can’t see her going to the place where she isn’t valued. Anupama assure Anuj that she will not go back to Shah house. Anuj says she can go if ever they need her. Anupama says if Shahs will call she will only go. Anu asks Sara how Anupama can be her idol. Sara explains Anupama is worth idolizing. Anuj says Anupama got another supporter. Anupama hugs Anu and Sara.