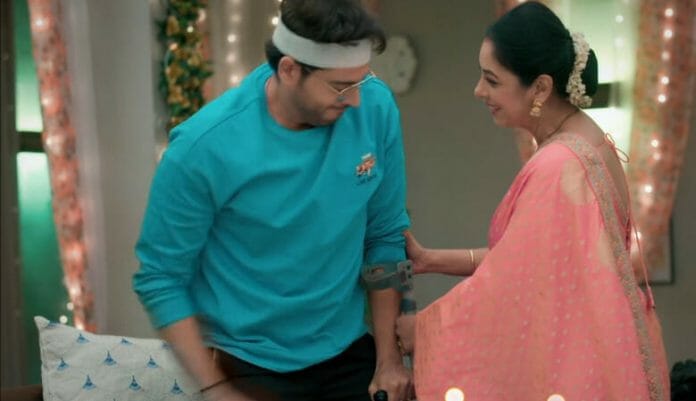 Hooligans will attack on Anupama, Anuj. Anupama, Anuj will defend Dimple and Nirmit and will lose their life in the process.

In today’s episode, Anuj, Anupama escapes the accident. Anuj decide to check upon. Anupama stops Anuj from going out from the car. Goons from the jeep point gun at Anupama, Anuj. Anupama, Anuj gets scared.

Adhik complaint to Pakhi about taking house near Shahs. Pakhi says to Adhik that being near to Shahs is good for her as she can meet Vanraj and play with Pari. Adhik says to Pakhi that they share complicated relationship with Shahs. He decides to find new location and new house. Pakhi says to Adhik that they can’t waste their honeymoon period in finding house. Adhik alerts Pakhi. He says if she shifted near Shahs to be close with them than fine else he will not bear any non-sense. Pakhi stands stunned.

Boys in the jeep tell about the prank they played on Anuj, Anupama. They say they are live and will get viral soon. Anuj, Anupama gets angry on them for scaring to earn followers on social media. Anuj realizes they should not have taken the short cut. Anupama feels glad Anuj realised. She worries.

Dimple and Nirmit ask lift from Anuj, Anupama. Anupama, Anuj decide whether to help the couple or not.