Star Plus most popular hit show Anupama never failed to engage audience with its gripping storyline. Earlier it’s seen that upon her return, Kinjal gets furious seeing Vanraj and shouts at him to leave the house. Anupama makes Kinjal understand the situation. Now it will be seen that Kinjal threatens to leave the house if Vanraj is present there.

In the previous episodes it’s seen that Vanraj wants to get reunited with his family and thus tries his best to reconcile with everyone. On the other hand Kavya tries contacting Vanraj pleading him to forgive her but he turns dead ears. Samar helps Anupama to keep herself away from Vanraj as Anupama stands firm to not forget anything that happened between them. Later Kinjal and Tasha returns from their trip only to get the shock of seeing Vanraj in the house. Kinjal acts hysterical and demands Vanraj to leave the house immediately. Anupama scolds her and makes her understand about the situation while Kinjal gets upset.

In the upcoming episodes it will be seen that despite Anupama’s words, Kinjal stands firm to get Vanraj out of the house. Her extreme love for Anupama couldn’t accept Vanraj after his behaviour with Anupama. Later she says that either one of them can stay in the house and threatens to leave the house if Vanraj stays in the house. On the other hand Kavya visits Vanraj’s house to meet him much to everyone’s shock.

Will Anupama manage to convince Kinjal? Will Kavya’s entry adds fuel to the fire? 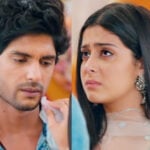 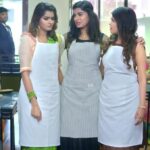