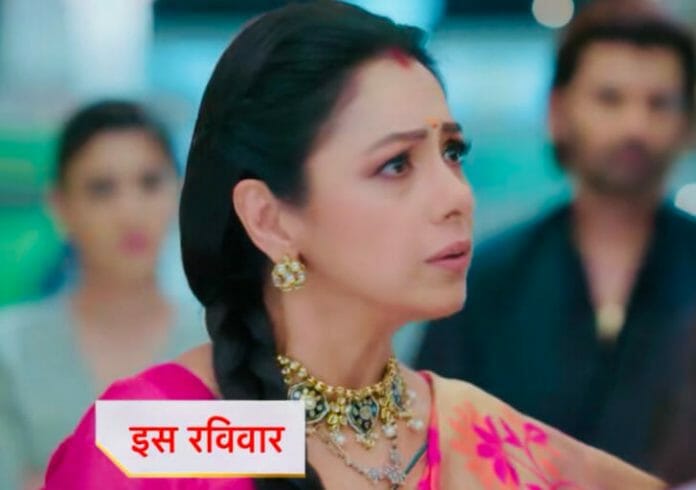 High voltage drama in Anupama post Dimpi will come to stay with Kapadias.

In today’s episode, . Dimpi breaks down seeing Anupama. Anupama cries along. She further comforts Dimpi. Dimpi share with Anupama that she regrets being girl. She complaint to God for sending her as a girl. Anupama says to Dimpi not to regret being girl rather she should think why her criminal are not humans. She apologizes to Dimpi for not able to save her. Anupama add no one can share Dimpi’s pain still she will be always be with her. Dimpi looks for Nirmit. Anupama says that Nirmit is injured too and Anuj is with him.

Dimpi asks Anupama to call police as she wants give her statement. She decides to fight back. Anupama decide to support Dimpi in her fight. Anupama encourages Dimpi Anupama and Anuj stunned post Nirmit withdraws the case. Nirmit says Dimpi’s criminal can repeat the crime. He says boys seem to be powerful and he can’t handle Dimpi getting questioned in the court. Nirmit says he don’t want any case. Anupama stand shocked.

Anupama and Anuj encourage Nirmit to fight along Dimpi. Dimpi gives her statement. Anupama claps for Dimpi for giving her statement fearlessly. She feels proud of Dimpi. Anuj side Anupama. He salutes Dimpi.

In the upcoming episode, Anupama, Anuj will take Dimpi and Nirmit to their house. Nirmit will try to escape the situation. Anupama will ask Nirmit to support Dimpi. Dimpi will ask Anupama to let go Nirmit. She will break her ties with Nirmit. Will Anupama get Samar marry Dimpi? Time will only tell.