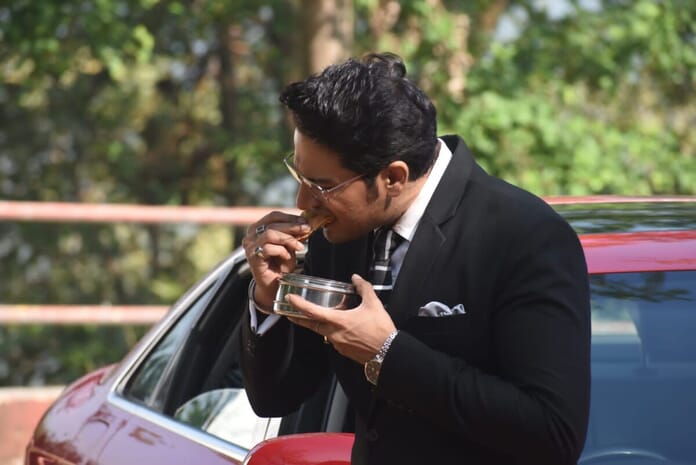 Gear up for a big twist in Rajan and Deepa Shahi’s “Anupamaa”.

In the recent episodes we saw that Kavya and Vanraj’s divorce drama continues and Vanraj has asked family to stay away from it. He, however, thanks Anupamaa for helping him and Kavya.

Anuj drops Anupamaa home and tells her that they have to go for a site visit to Ahmedabad. The next day, Anuj is in a hurry to pick Anupamaa, and is about to bump into a truck but has a narrow escape. During that time Anuj realises that life is very unexpected and he must not wait to do what’s important. He meets Anupamaa and they leave for Ahmedabad. They stop midway and Anupamaa gives Anuj her tiffin. While Anupamaa plays with the flowers nearby, Anuj compliments her on her cooking and then he confesses the most unexpected thing. He tells Anupamaa that he loves her.

While Anupamaa looks at him in shock, Anuj tells her that he had a narrow escape and it was a moment of realisation for him.

In the upcoming episodes we will see that Anuj and Anupamaa are robbed by some local goons, but one of them hurts Anupamaa and seeing Anupamaa in pain, Anuj fights with them. But someone hits on the back of his head and he falls on the ground. Anupamaa manages to take him to the hospital but the doctor tells her that if he doesn’t wake up soon he might go into a coma. Anupamaa is devastated hearing this. To know what happens next, keep watching “Anupamaa”.