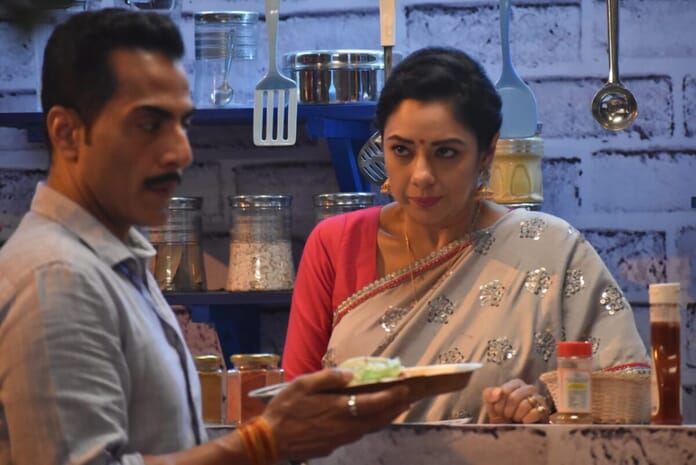 Anupamaa’s dance academy and Vanraj’s cafe are finally open now, and since it was the first day Vanraj was eagerly waiting for customers to come. He gets a little disappointed and Anupamaa asks everyone to take a seat so that from the outside it looks like that the cafe is full.

Later, a customer comes and orders something outside the menu, but Anupamaa saves the day and even gets compliment from the customer. Meanwhile, Anupamaa’s dance academy sees a lot of student coming for admission and Kavya taunts Vanraj that if Anupamaa wanted she could have sent a few of them to his cafe too.

Even though Vanraj had just one customer over, he was happy with the income he made for that day. Before leaving the cafe, he asks Anupamaa if she will be his friend. He tells her that he had so much baggage earlier that he couldn’t really become her friend but now he will.

The next day, everyone is getting ready to go to the cafe, and when Vanraj asks Kavya to come along to support him, Kavya says no.

In the upcoming episode, we will see that Vanraj is worried that he had just one customer for the day. He questions himself whether Kavya was right about his business. To know what happens next keep watching “Anupamaa”.