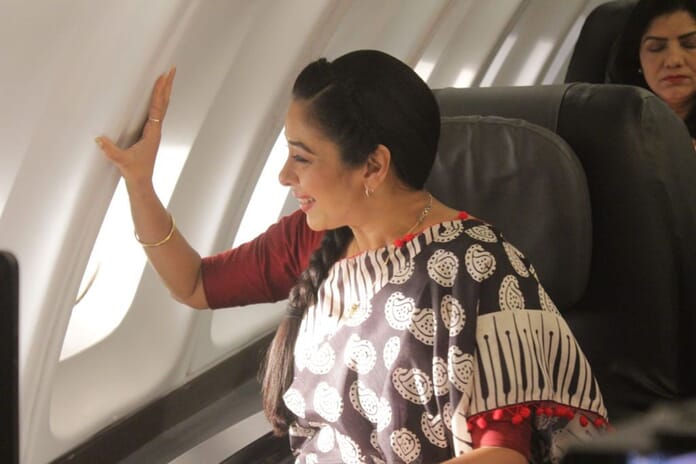 Rajan and Deepa Shahi’s “Anupamaa” recently saw that Anuj Kapadia asked Anupamaa to fly with him to Mumbai for a business meeting. Though Baa, Vanraj, Kavya and Paritosh were against it, Anupamaa did not bow down and accepted Anuj’s request.

Baa was worried that Anupamaa shouldn’t fly with a stranger but Anupamaa tells her that they should know what kind of person she is and be assured that she won’t let anything wrong happen. In fact, when Vanraj asks her about  Anuj’s feelings for her, she questions him how he can be so sure about that.

Meanwhile, Samar and Kinjal pack Anupamaa’s bags but Paritosh warns them that this might be a huge mistake. Later, Anupamaa tells Babuji, Kinjal, Samar, and Pakhi about her childhood dreams of how she wanted to fly and see the sea closely. The kids tell her that she should have her passport made as well as soon she will be flying abroad too. While they are discussing all this Anupamaa gets a message from Anuj asking her to be at the airport by 6 am. Also, Kavya tells Vanraj that Anupamaa has gotten very lucky by getting Anuj who is making her dreams come true.

Anupamaa later wakes up from a nightmare that she has missed her flight.

In the upcoming episode, we will see that Kavya asks Vanraj why he is so bothered about Anuj and Anupamaa when he is married to her. Also, Anupamaa and Anuj make their way to their flight. How will this Mumbai trip go? To know what happens next, keep watching “Anupamaa”.