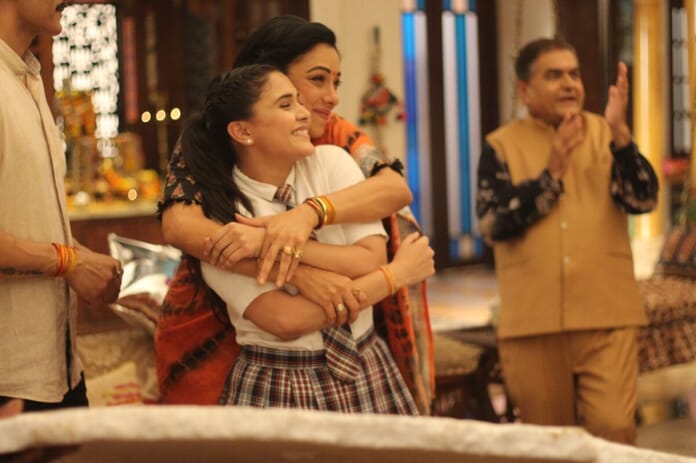 The Wednesday episode of Rajan and Deepa Shahi’s “Anupamaa” started with Anuj waking up from a dream. He saw that Anupamaa is quitting her job and he is pleading her to not leave him again.

The next day, Anupamaa and Vanraj apologise to Pakhi and promise to be cordial with each other. The Shahs dance to “Itni si khushi” and the family is seen in a happy mood after a long time.

During breakfast, Kinjal asks Anupamaa to leave for her office as she has a cooking competition to organise and also tells her to invite the ladies in their area. But Baa taunted her on this and said not to call anyone otherwise they will also find themselves an Anuj.

Anupamaa goes out to buy something, when she finds Nandini running with her luggage. She tells Anupamaa that if she doesn’t leave Rohan will kill Samar. Anupamaa calms her down and tells her that nothing will happen to her or Samar. She promises to keep them safe.

In the upcoming episode we will see that Anupamaa and Anuj organise a cooking competition and Baa and Kinjal too help them in that. To know what happens next keep watching “Anupama”.