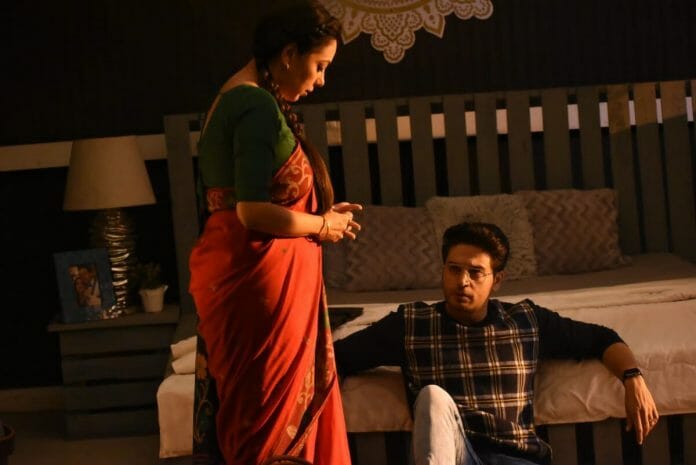 The Friday episode of Rajan and Deepa Shahi’s “Anupamaa” began with Vanraj telling Malvika that she is the one who has been sacrificing in this brother-sister relationship. He tells her that Anuj asked her to break her relationship with her boyfriend, then he asked her to get married to someone else and she suffered a lot in that relationship and now he wants her to break her partnership with him. He tells her that though she was able to get out of an abusive marriage, she has been in an abusive relationship since the very beginning where Anuj has just used her for his advantage. Anuj and Anupamaa are shocked to hear this.

Malvika tells Vanraj that her brother can do anything for her, to which Vanraj asks her if Anuj and Anupamaa will break their partnership for her. Anuj and Anupamaa are stunned by this. He then tells Malvika that her relationship is just one way where sacrifices are only asked. He tells her that she is very innocent and her brother and sister-in-law(Anupamaa) very smart. He then tells Anupamaa that she must be really happy now that she has broken his partnership with Malvika. He tells Anupamaa that he was really happy that she is succeeding in life, but she was not happy with his success and wanted to take revenge from him.

Vanraj accuses Anupamaa that she took revenge from him because he left her for Kavya. He tells Anupamaa that he still tried to mend things with her but she wanted a divorce and he did what she wanted. Before Anupamaa could react, Vanraj asks Malvika if it’s his fault that she finds him. He asks her if he has ever tried to cross the line with her. He tells her that he is being punished because he is Anupamaa’s ex-husband. He then tells Malvika that he wishes her the best with Anuj and Anupamaa.

Samar hears the entire conversation and tells the family about it. The family starts arguing over it and taking Vanraj’s side. Kavya tells them that Vanraj is playing a game and he will not stop until he wins.

Malvika then sends a voice message to Vanraj saying that he was right. With a big smile on his face, Vanraj tells her that she shouldn’t fight with her brother for him, but she should be angry with the person who made Anuj do so.

Later, at home, Anuj is sitting alone when Anupamaa comes with her bags packed. She leaves the files of the project and apologises to Anuj that she wanted to become the bridge between him and Malvika but all she became was a big wall.

In the upcoming episode we will see that Anuj tells Anupamaa that he has decided something and he wants her to support him. Vanraj is leaving for work but Bapuji stops him. Vanraj tells him that it’s a deciding day for him and he must go. Once he reaches the office, he asks Malvika if she spoke to Anuj. She tells him that something big has happened. To know what happens next, keep watching “Anupamaa”.