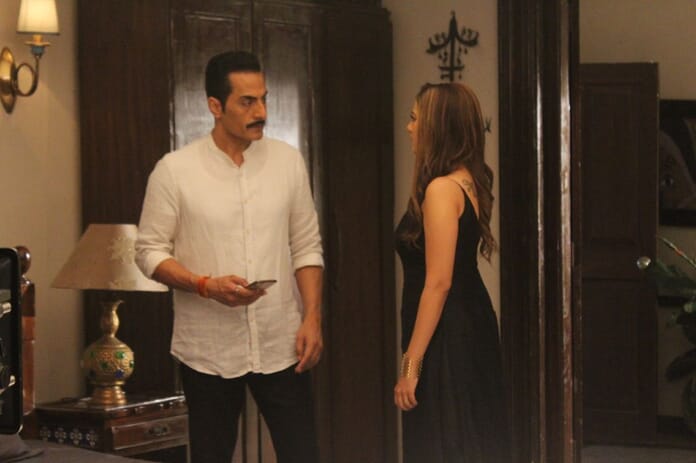 Rajan and Deepa Shahi’s “Anupamaa” is seeing some major drama in the recent episodes. After Anupamaa signed on the partnership agreement with Anuj Kapadia, Vanraj lost his cool and told her that Anuj is doing a favour on her. Not just that, he also went on to taunt her on Anuj’s liking for her. But Anupamaa is determined and she won’t bow down to his threats or accusations and supporting her in this are Babuji, Kinjal and Samar.

Babuji tells Anupamaa to leave home with a happy face and not to worry about what others are saying. In fact he gives her the car key and asks her to drive it to the destination which she has picked for herself. Kinjal and Samar too wish her the best.

Meanwhile, Kavya provokes Baa against Anupamaa and tells her that if something happens between her and Anuj then the people in her colony will mock her. She tells her that if a divorced woman has an affair then the society calls it a sin.

On the other hand, Anupamaa reaches Anuj’s office and tells him that she has agreed to the partnership. But she makes it very clear to him that their relationship will only be professional and he shouldn’t expect anything more from her.

In the upcoming episode, we will see that Gopi kaka asks Anuj to invite the Shahs for Ganpati puja, but Vanraj says a firm no. He tells the family that he doesn’t want them to make any personal relationship with Anuj, but Kavya tells him that he should vent out his anger on Anupamaa and not Anuj. Also, Anuj tells Gopi Kaka that if need be he will intervene between Anupamaa and Vanraj if the latter tries to create problems for her. To know how this partnership turns keep watching “Anupamaa”.