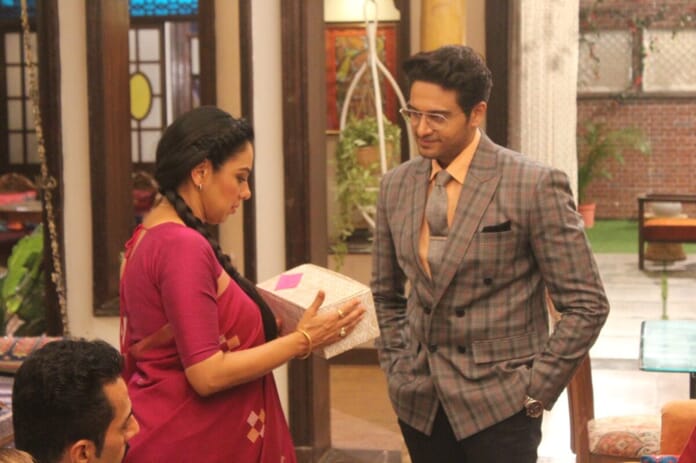 Anuj Kapadia’s entry in Rajan and Deepa Shahi’s “Anupamaa” has changed the lives of the Shahs.

In the recent episode we saw that Anuj and Gopi Kaka visit the Shahs and Anuj even gets a gift for Anupamaa. He gifts her his mother’s ghunghroo and while Anupamaa couldn’t contain her excitement after receiving them, Vanraj remembered the time when he broke Anupamaa’s ghunghroo.

Vanraj then asks Anuj about their propasals and if he has finalised one. Everyone in the family is shocked to know that Anuj has decided to go ahead with Anupamaa’s idea and has even offered a partnership. Anupamaa couldn’t hold back her tears and Anuj leaves from there asking her to take her time to respond.

As soon as he left, Vanraj taunted Anupamaa that it’s because she is Anuj’s college crush that he offered the job to her. Anupamaa gets angry hearing this and asks Vanraj to shut his mouth. What follows next is a heated argument between them.

In the upcoming episode, we will see that Anuj tells Vanraj asks Anupamaa to say no to the deal, but she tells him that he is no more her husband, just then Baa jumps in and asks her to say no. What will Anupamaa do now? To know what happens next keep watching “Anupamaa”.