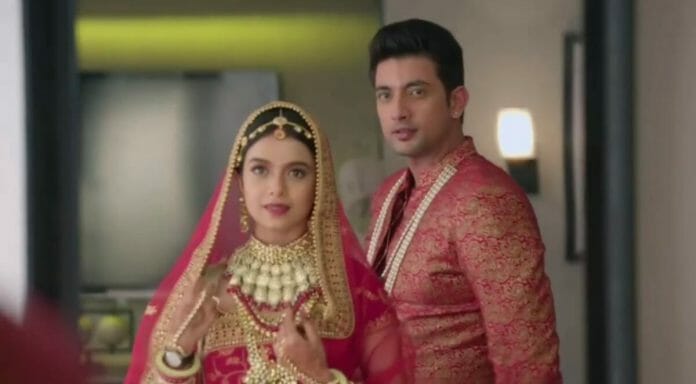 Zee TV popular show Apna Time Bhi Aayega is ready to witness some interesting plots and dramas in the show. Earlier it’s seen that Rani failed to expose Jai while Kajri threatened Vikram using Kiara. Now it will be seen that Jai will get arrested while Kiara and Vikram will get married.

Previously we have seen that, Rani saved Nandhini from drinking the poisoned milk irking Champa. She provoked Champa to make her burst the truth but Jai comforted her. Rani captured pictures of Jai with Champa but Jai smartly escaped by hiring servant to delete the picture. Rani was asked to provide proof while Rani requester Champa to say the truth. On the other hand, Kajri blackmailed Vikram with Kiara’s life and forced him to marry her. Everyone taunted Rani for her wrong accusation on Jai. However Veer trusted Rani and agreed to help her.

In today’s episode we will witness, Rani and Veer will make Nandhini sign the property papers and Jai will know about it. He will go mad that Nandhini doesn’t have anything with her now and will reveal that his love was all an act. Everyone will learn Jai’s true colours and will slap him for the betrayal. Jai will get arrested for cheating. On the other hand, Kiara and Vikram will fool Kajri and will escape from her clutches. They will reveal everything to Rani and Rani will confront Kajri. Kajri will realise her mistake and will apologize everyone. Ramadheer will join the family and both the couples Veer – Rani and Vikram – Kiara will get married. The show will end on a happy note.