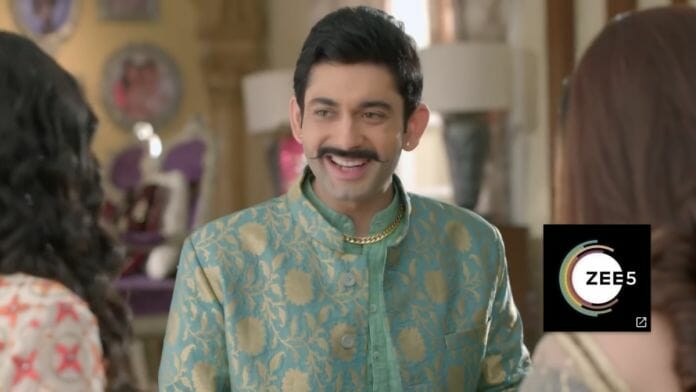 Zee TV popular show Apna Time Bhi Aayega is ready to witness some interesting plots and dramas in the show. Earlier it’s seen that Veer surprised Rani with his proposal while Rani spiked Jai’s drink to bring out his truth. Now it will be seen that Rani will continuously fail in her efforts to bring out Jai’s truth while Kajri will turn obsessed for Vikram.

Previously we have seen that, Nandhini lied to Rani that everything is fine between her and Jai. On the other hand, Veer surprised Rani with decoration and proposal as it’s their first meet anniversary. They both got romantic. Jai found Nandhini and Champa fighting for him and warned them to behave. Rani witnessed it and informed Veer about it. Nandhini still denied having problems when Veer asked about it. Later, Rani spiked Jai’s drink in order to make him confess truth in front of everyone. But the plan flopped as Veer drank the drink and confessed that he wished to marry Rani again. On the other hand, Kajri learnt about Vikram’s marriage and got heartbroken.

In the future episodes we will witness, Rajeshwari will arrange for Veer and Rani’s marriage while both Veer and Rani will get romantic. Champa will want Jai for herself and will want to get rid of Nandhini. Nandhini unaware that Jai is using her for money will believe that Jai changed and will be happy. Rani will search for ways to bring out Jai’s truth while Kajri will become obsessed for Vikram. She decide to become his wife at any cost.