Zee TV popular show Apna Time Bhi Aayega is ready to witness some interesting plots and dramas in the show. Earlier it’s seen that Kiara’s memory loss created big trouble for Veer and Rani. Now it will be seen that Jai will instigate Kiara against Rani while Kiara will scold Rani.
Previously we have witnessed that, Kiara lost her memory and believed that she’s still engaged to Veer. Veer, citing Kiara’s medical condition lied that Rani is servant and wife of Birju. Kiara created lots of trouble for Rani while Beret saved her every time. Jai decided to make use of the situation and instigated Kiara against Rani.
In the future episodes we will see, Veer will ask Rani to prepare for the scholarship exam which is in three days. Rani will not be confident about giving her best but Veer will encourage her. Jai and Champa will make use of the situation and will pretend like they are the only ones who are working while Rani is warding off her time. Kiara who’s already pissed off with Veer’s support for Rani will ask her to cook instead of studying. Birju, Veer and Vikram will come to Rani’s rescue and will decide to cook in the place of her.
Will Kiara learn about their help? Did Kiara really lose her memory?
All these questions will be answered in the upcoming episodes.
To know what will happen next in your favourite show Apna Time Bhi Aayega, stay tuned to this space. 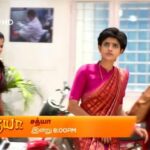 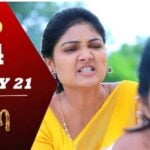 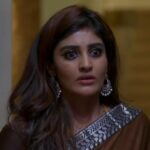