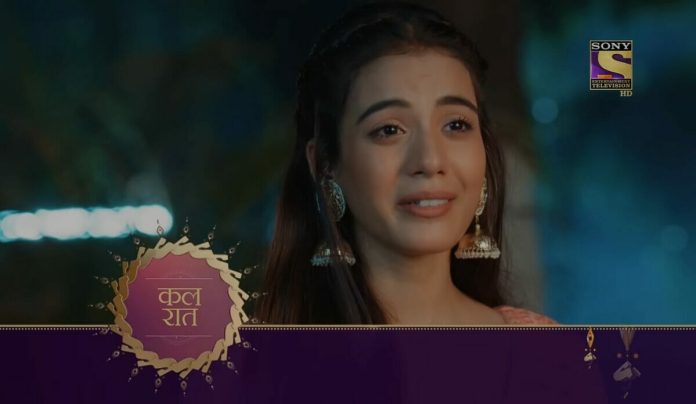 In the on going track, Mana thinks Nick is marrying secretly. Mana installs some tracking app on Nick’s tab. Mana also calls her Bua to inform her. Pallavi and Barkha have a huge fight as Pallavi tries to make Ishan understand to wait for marriage.

Nick and Shanky leave for India and when they reach Meerut, they find a crowd surrounding a girl having mango allergy. Nick gives his epipen. The girl is Barkha. Later, Pallavi prepares for meeting Ishan and his family. Ishan’s aunt and her friends come to Ama’s kitchen for thier kitty party but they get upset as the waiter serves non veg food to vegetarians.

Pallavi tries to handle the situation. Bua and Mana see Nick’s location in Meerut and decide to go to India. Nick comes to Ama Kitchen without getting noticed and sees Badal cooking delicious food. Nick being unaware he is his son, Nick asks about how he learnt cooking. Ishan’s parents and Pallavi meet over dinner when Badal’s teacher urgently call Pallavi to meet him. Pallavi takes Badal and go.

Pallavi misses to see Nick. Pallavi goes to Badal’s college and Badal confesses he leaked the papers because he wanted to help the family monetary. Pallavi gets upset. Ishan’s family leave. Barkha gets upset while Nick sees her. Nick and Nani meet, and Nick makes chilli chicken for Nani. Nani.

They get emotional when Barkha enters the kitchen. Nick leaves. Barkha understands Nick is his dad and she rushes out and hugs Nick. Nick remembers all the childhood memories with Barkha. Nick offers to drop Barkha and Nani when Nani asks Nick to do something to save Barkha’s relation.

Nick is dicey about intervening but later ends up going to Ishan’s family. Badal gets restricated from college and Pallavi gets upset. Pallavi consoles an upset Barkha and assures her that they will go right now and convince Ishan’s family.

In the upcoming episodes, Pallavi will see Nick in Ishan’s house and will get shocked. Nick will tell Pallavi how Barkha called him.