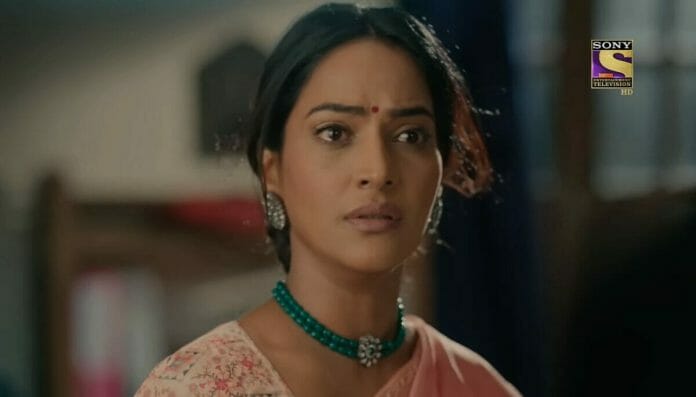 Sony’s show Appnapan shows a unique show of a family and the story of Pallavi and Nick who are greatest of the chefs seperated due to misunderstandings which not only affected their lives but because of their divorce even their children have spilt. With such a dynamic storyline, viewers are excited to see what happens next!

In the on going track, Pallavi makes Barkha promise to never meet Nick. Later, in the party Pallavi is catering, Gagan gate crashes it and Mana attends it. Mana loves the dahi vada and gets drunk. Nick tries to take her out but she goes. Pallavi meets Mana but is unable to recognise.

Here, Nandita gets to know that Pallavi is the chef of the party so she tries to show her down. Gagan brags about Nick being his dad so Mana thinks he is the son of the woman Nick is marrying. Mana creates a scene and asks Pallavi if she is the mistress. Pallavi gets angry and says I am your mother.

Mana is shocked and Nick and Nandita take Mana and leave. Later, Nani asks Gagan to give the money back to Nick so Gagan lies and says yes as he has already stolen money. Gagan meets Nick and informs him about using some amount of money.

Nick decides to fullfill the duty of a father. Nandita thinks she can’t let Nick and Pallavi reunited. Later, Mana goes to Pallavi drunk and due to her Ishan’s aunt creates a scene and pandits leave thinking the environment is not pure. Barkha gets emotional meeting Mana. They both go to Barkha’s room and discuss how the other one was more previlidged.

Nick and Gagan come to find Mana while Pallavi and Badal prepare the dishes again for Pandit jis. Later, Gagan gets arrested for stealing. Barkha is upset and cries. Pallavi rushes to Police station and gets to know Mr. Jaisingh filed the complaint. Pallavi gets angry on Nick.

Nick defends himself and tries to take back the complaint when it is revealed Harsh filed the complain. Pallavi gets emotional seeing him. Pallavi tries to persuade Harsh to leave Gagan but Harsh tells Pallavi how he hates her. Pallavi is shocked. Harsh later reveals to Nick how Gagan just returned the bag with fake money. Nick is shocked. Nandita smirks seeing her plan work and Harsh helping her.

In the upcoming episodes, Pallavi will decide to save Gagan at any cost. Mana will reveal how Gagan is not at fault but Harsh planned it all.