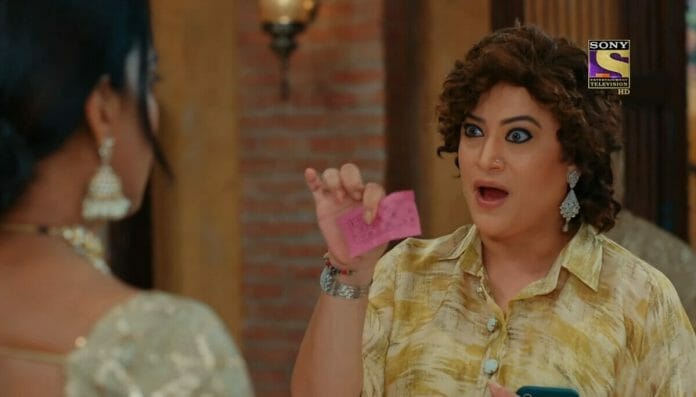 A major game change in Appnapan, Nick decides to listen to Sonali and hide things from Pallavi. While the track of the show has become quite interesting, with Nick and Pallavi’s remarriage track. The viewers are keen to see the bond of Pallavi and Nick.

Previously in the show, Sonali has come back in Meerut and has joined hands with Nandita. With Sonali successfully made her place in Pallavi’s house, she is all set to make Nick and Pallavi apart. Nandita and Sonali will definitely spice up the lives of Nick and Pallavi!

In today’s episode, Barkha tries to impress Nimmi but Nimmi praises Mana instead which breaks Barkha’s heart. Pallavi shares with Barkha that she felt the same when people compared her to Sonali in childhood. All the guests play Tambola with Dadi and Nani. Pallavi is in the kitchen when she gets to know from Shankh that Nick cancelled his meeting.

Pallavi gets furious and disappointed. Later, Nandini comes and tells about Nick being in Faridabad as he booked a room in some diamond palace hotel. The guests start taunting Dadi and Pallavi. Nandita calls Pallavi a looser when Dadi stops her. Pallavi shows full faith in Nick that he will call Dadi.

Nandita is sure he won’t as Sonali is with him. To Nandita’s shock, she loses rhe challenge and Nick calls and apologizes to Dadi and Pallavi. Sonali learns that Nick is planning to leave for home early in the morning so sbe thinks to create some drama.

In the upcoming episodes, Pallavi will feel something is wrong and will start praying. Sonali will go somewhere in the middle of the night which will worry Nick.