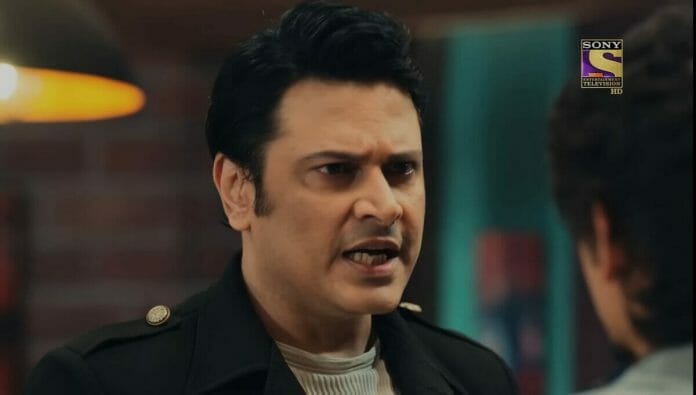 Sony’s show Appnapan has new twist where the custody war begins again between Pallavi and Nick. Pallavi struggles to get a lawyer so she is suggested by many lawyers to remarry. Seeing Nick have so much money to carter to kids needs, Pallavi takes a shocking decision to marry Ranveer. This upsets kids and Nick gets more stick upon winning the custody. How will this war bring Pallavi and Nick close?

In the on going track, due to Barkha’s social media live, all of the neighborhood get to know about Pallavi’s decision to get married. They face taunts from neighbours.

Nandita introduces Nick to Rastogi who gives idea to defame Pallavi’s character. Nick gets angry and scolds Rastogi for such stupid ideas. Rastogi thinks to take revenge on Nick so he approaches Pallavi.

Rastogi convinces Pallavi and Ranveer that he wants to help them as Pallavi’s story is a struggle of a mom. He tries to take out few negative points on Nick. Ranveer and Pallavi request him not to defame Nick in any way as he is the father of the kids.

Later, he edits the audio recording from which he removes the positive parts said by Pallavi. Nandita and Nick are shocked to see negative articles on Nick. Nick tells Pallavi how he is disappointed how she planned the revenge with Rastogi.

Pallavi is clueless but then Nandita shows her the articles. Pallavi gets shocked. Nandita says how this might lead to cancellation of Nick’s licence and all of his restaurants might get shut. Pallavi worries.

She goes to question Rastogi but he denies being behind this and he calls the article guy who also says they got the information from researching about Nick and observing his things. Pallavi gets shocked.

Later, Rastogi thanks the article person for lying and thinks to destroy Nick’s ego. Harsh is enraged by Pallavi’s move so he makes the neighbours come to the event in the cafe. The neighbours think it’s a good way to insult Pallavi more.

Nani gets upset seeing Harsh do this. Here, Pallavi shares her guilt with Lolita. Later, when the media comes and questions Nick on all the things mentioned in the article, Pallavi defends Nick and this surprises Nick.

Nick thinks Pallavi is with her and supporting her. This upsets Nandita. Nick also supports Pallavi and names the cafe in Badal’s name. Nick gets upset seeing Ranveer and Pallavi together.

In the upcoming episodes, Pallavi will try to convince Harsh but he will ask everyone to leave. Later, it’s shown how people have come to Pallavi’s house and throwing thier stuff out.