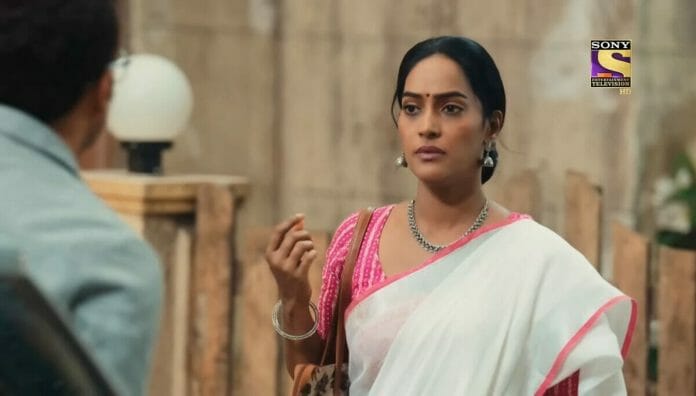 In the on going track, Pallavi asks Ranveer how she can’t be selfish as she can never be a wife to him. Ranveer agreed to it. A glimpse is shown that Sonali tells Pallavi about Nick and asks her to not tell this to Nick or else she will die.

Later, Nick asks Nandita to hire the best lawyer as he will fight this. Nandita gets happy. Due to Barkha’s social media live, all of the neighborhood get to know about Pallavi’s decision to get married.

They face taunts from neighbours. Nandita introduces Nick to Rastogi who gives idea to defame Pallavi’s character. Nick gets angry and scolds Rastogi for such stupid ideas. Rastogi thinks to take revenge on Nick so he approaches Pallavi.

Rastogi convinces Pallavi and Ranveer that he wants to help them as Pallavi’s story is a struggle of a mom. He tries to take out few negative points on Nick. Ranveer and Pallavi request him not to defame Nick in any way as he is the father of the kids.

Later, he edits the audio recording from which he removes the positive parts said by Pallavi. Nandita and Nick are shocked to see negative articles on Nick.

Nick tells Pallavi how he is disappointed how she planned the revenge with Rastogi. Pallavi is clueless but then Nandita shows her the articles.

In the upcoming episodes, Pallavi will feel guilty to ruin Nick’s professional life. Media will question Nick on the articles.