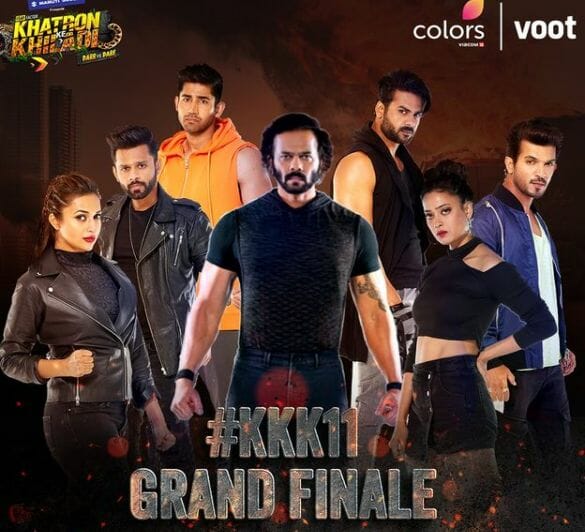 Reality show Fear Factor-Khatron Ke Khiladi is witnessing it’s 11th edition. The darr vs dare themed KKK11 fetched the good TRP and became one of the top reality show. All thanks to the entertaining contestants of the show. Right from Arjun Bijlani, Divyanka Tripathi, Rahul Vadiya, Sweta Tiwari to others; the contenders this year made the show entertaining with their performance. Amid the all, actress Divyanka Tripathi outshined in the show for her fearless enactment. After 2-3 episodes itself, host Rohit Shetty declared her the winner of the show appreciating her daring side. She was full of energy and surely gave her best in the show.

Tripathi fans too trended diva online for her flawless performance. Actress stint in the reality show earned her more popularity across the globe. Well, the show will witness its finale in the upcoming week. Fans wants Divyanka to lift the trophy. But as per the latest report, grand finale shooting is done and actor Arjun Bijlani won the title of ‘Khataron Ke Khiladi season 11’. Bijlani’s performance in the show was equally appreciated. But few fans claim that channel is biased and gives priority to their faces.

Divyanka fans trend for her demanding makers to do the fair judgement. Highlighting Tripathi’s journey fans under the hastag DIVYANKA DESERVES TO WIN, tried to prove ‘Yeh Hai Mohbattein’ star ruled the show.

The grand finale episode of KKK 11 will air on 25th & 26th September at 9:30 PM. The makers have released the finale promo. Check out it here.