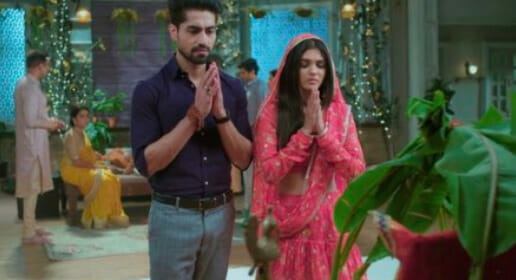 In today’s episode, Akshara convinced music director to give her one minute to prove her voice. Director gets convinced. Abhimanyu wishes good luck to Akshara. Neil asks Arohi to understand that he can’t take decision on Abhimanyu’s behalf. Arohi manipulates Neil to take the decision on Abhimanyu’s behalf. She convinced him that he is Birla too and can make the decision. Mahima side Arohi and asks Neil to make the changes. Arohi asks Neil not to overthink and pass the order by doing digital sign. Neil follows Arohi’s instruction.

Abhimanyu, Neil argues with each other post Arohi faints. In the upcoming episode, Abhimanyu will confront Neil about taking decision on his behalf. Both argue with each other. Arohi will manipulate Neil to take up MD position at Birla hospital. Will Neil follows Arohi’s order? Time will only tell.