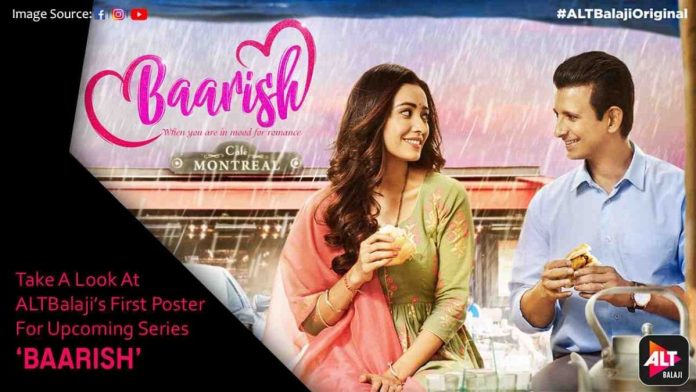 Today’s episode starts with Sherya asks Gauravi and Anuj to dance together in Sangeet ceremony, but Anuj and Gauravi denys it as they are not yet comfortable with each other. Sherya says, no, you have to perform a dance together as this is a trend nowadays that the bride and groom dance together. Gauravi says you guys dance we will see you.

Aniket says, no we all will perform a dance for our sangeet ceremony, then he tells choreographer to starts the dancing class but Anuj and Gauravi make some excuse and leaves from there as they are not want to part of this.

Rishi on the other hand is talking to Falguni on the phone and his mother comes and asks him if you will come to the wedding. Rishi says, no I can’t come as I have some important work to do. Rishi’s mother says, is this more important than your brother wedding.

Rishi says, I really don’t have interest in this wedding so please don’t force me, and please leave from here, I don’t want to listen to you. Later Anuj is also came to Rishi and asks him to come to the wedding. Anuj says, I know you are upset from me but you can come for Sherya. Rishi says, I already tells everyone that will not come but still you forcing me, I tell you again, I will not come there and now please stop bothering me by doing. Anuj then leaves from there.

After a while the sangeet ceremony begins. Anuj is waiting for Gauravi while Falguni comes to him and says, I feel very happy for you as you are getting married. Otherwise I would have die in guilt as I think you still don’t getting married because of our past. Gauravi gets shocked by hearing Falguni’s words while Anuj is also feels guilty as he forgets to tell about his past to Gauravi. Anuj then apologies to Gauravi and say, I didn’t hide it intentionally. Gauravi says, no problem.

Afterwards, sangeet function gets start, first Aasmi and her sister-in-law dance together and then Aniket and Sherya gives their sizzling dance performance. Here the Zinnia asks Gauravi and Anuj to dance. At first they both feel bit uncomfortable but afterwards they do garba and enjoys their sangeet ceremony. While on the other hand Falguni Shows Rishi a video of Gauravi and Anuj which she took from the function. Rishi says, it’s so embarrassing, mota bhai is such a fool man, he want to marry a Labourer but it’s okay after marriage I will make Gauravi’s life hell. (Episode end)