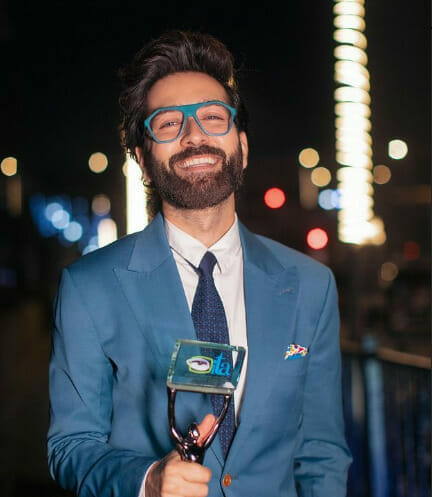 Actor Nakuul Mehta who currently maks headlines for his stint in Bade Achhe Lagte Hain 2 is celebrating his birthday today.

He is also famously known for his artwork in famous shows Pyaar Ka Dard Hai Meetha Meetha Pyara Pyara and Ishqbaaz. Hunk never fails to amaze his fans with his acting skill. Here we bring the list of awards bagged by Nakuul in his so far entertainment journey.

Paying the gratitude he captioned on his social media “Best Actor, Television – Jury at the 22nd @theitaofficial for a show & character which has given me so much joy, warmth & love ❤️

It would be foolhardy for me to believe any of this is only my glory. It belongs to YOU for championing the show & giving it the love you do, to my creators, amazing crew & the absolutely crazy cast at #BadeAchheLagteHain2”

Moving on Nakuul has always also won Best Actor Popular for his character Shivaay Singh Oberoi in Ishqbaaz. He bagged Gold Awards too for Isqhbaaz in 2017.

Male Actor of The Year in 2016 at Asian Viewers Television Awards.

These awards speaks Nakuul is unmatchable TV actor. He can ace any character. Back to Back his so far characters left the lasting impression.

Bade Acche Lagte Hain 2 will soon hit generation leap. Nakuul will mark his exit from the show. He was absolutely perfect for the character of Ram. He created history by playing Ram Kapoor.

Versatile actor will surely back with a bang with another entertaining character post his stint gets over in Bade Acche Lagate Hain2.

Fans want to see Nakuul in a music album. Tell us which actor you would love to see opposite to Nakuul next.