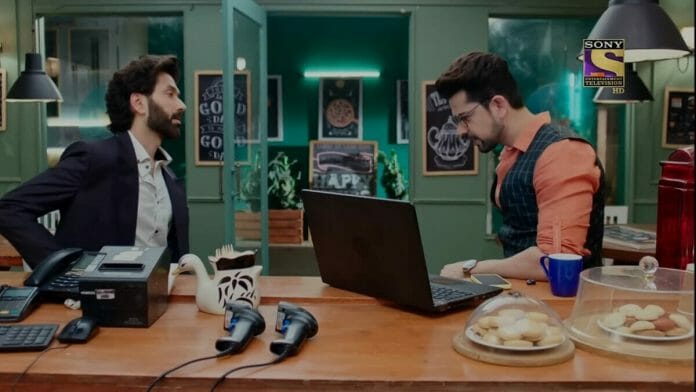 In Bade Achche Lagte Hain, with the show showing the lead couple Ram and Priya again coming together to pretend like husband and wife for Ram’s project with the minister, the fans are excited and expect the old Ram and Priya who were deeply in love. With this new phase of the couples, we will see some old moments to get relived by the couple. How will this new track turn things around for the couple, will be interesting to watch!

Here, Nandini asks Shubham to make the interview happen tomorrow so that Priya and Pihu go from Kapoor mansion. Later, Ram and Pihu plan a surprise for Priya and they like it. Pihu sees them happy so she goes downstairs to give them space.

Pihu gets restless so she takes medicines. Tarun informs Ram and Priya that she took Nandini’s medicines. Both of them worry for Pihu and drive her to hospital. Priya panicks while Ram calms her down. Nandini finds out the truth of Ishan from Vedika.

Nandini is shocked to know Pihu took her anxiety medicine and Ram took her to hospital. Nandini asks Shubham to stop the doctor from revealing how her medicines are fake. Shubham goes and successfully talks to the doctor but it is shown how before Shubham went Priya already got to know from the doctor.

Later, Priya enjoys seeing Ram and Pihu bond. Priya asks Pihu to sleep so Ram goes to work on the questions for the interview. Priya chats with Krish about the threats. Ishan is with Krish but he receives a threatening message about Shivi’s murder.

Ishan gets tensed. Here, Shubham comes home drunk, this makes Priya doubtful on Shubham. It is revealed how Nandini had messaged Priya. Later, Priya decides to meet Nandini’s doctor and she confronts him. He is not ready to accept that Nandini is not using anxiety pills.

So Priya thinks to try some other plan to expose Nandini. Nandini asks Vedika to meet Ishan as the Soods are in Kapoor mansion. Vedika goes to Ishan and makes an indirect approaches to make him confess.

This makes Ishan nervous. Here, Pihu asks Ram to be Priya’s prince charming so Ram and Pihu decorate a room for Priya. Priya enjoys the moment and so does Ram. Nandini is devastated to know that Ram sold the 5 percent he gave to Priya from Shubham’s deal.

Adi makes Ram realise this is all about a single deal. Krish tells Priya about Ishan getting blackmailed. Later, Nandini tries to threaten Priya that she will tell the truth of Ishan to Ram when Priya turns the table and warns Nandini about the things she is hiding.

Ram and Pihu come so they divert the topic. Priya gets determined to expose Nandini. Here, Ram tells Krish about converting Priya’s share into money. Everyone prepares for the bachelor party for Vikrant and Sara.

Nandini goes to her doctor so Priya sneaks into her room to get her fake medicines. She decides to expose her. Here, Nandini and Vedika plan to show Ishan’s recorded confession in Sara’s wedding.

In the upcoming episodes, Priya, Sara and Sandy will celebrate Sara’s bachelorette. Later, Priya will accuse Nandini and her intentions when Ram will ask her to stop.