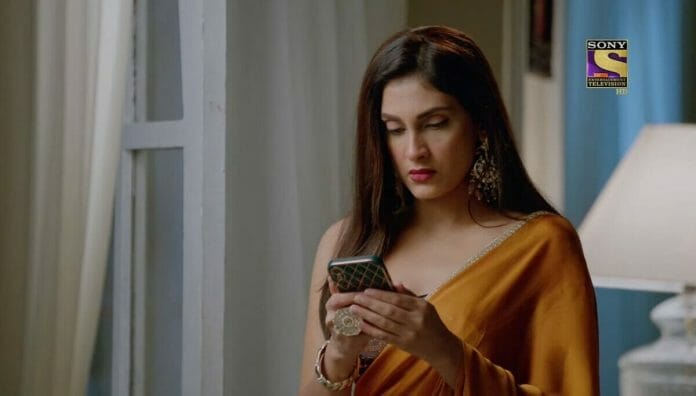 With this defeat, Nandini was seen enraged and was looking for any possibility of defaming Priya. To increase trouble for Priya, Nandini will seen putting Vedika in a danger. Nandini will definitely try to throw more challenges on Priya.

In today’s episode, Ram makes Nandini apologies to Priya. Nandini and Vedika get disappointed. Nandini changes her strategy and decides to use Vedika and create more misunderstanding between Ram and Priya.

Ram drinks alcohol when Pihu comes to him so he lies about the drink. Priya coughs so Pihu makes her drink that alcohol thinking it to be apple juice. Ram handles a drunk Priya while he distracts Pihu away.

Priya comes to the car and hits Vedika with a stick. Priya rescues Pihu. Ram goes to check on Priya and worries seeing them downstairs. Later, Pihu and Priya show Ram a cute decoration on terrace. Pihu says this was my and Priya’s first adventure when we didn’t have a home. Ram feels emotional.

In the upcoming episodes, Ram and Priya will have a fight. Priya will emphasis on how she wants Pihu to know her dad that is you. Pihu will be shocked to hear this. Ram will ask Priya why shouldn’t he apply for sole custody? Priya will be shocked.