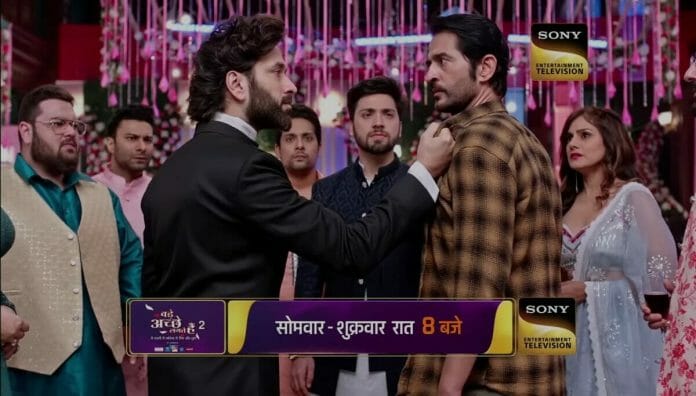 In today’s episode, Nandini by mistake steps on Swati’s picture when Pihu gets angry on her and insults her infront of all. Ram will support Pihu as she is scared of Nandini. Priya goes against them. Nandini is shocked to see Ram so changed. Later, Ram gets to know about Sid liking Avni so he approaches Yash for their marriage proposal.

While Lakhan reveals to Swati about his liking for Avni. Swati worries thinking Lakhan might face rejection due to their poverty status. Later, Pihu and Ram come to apologize to Nandini. Nandini forgives them but makes them feel guilty. Later, Nandini warns Swati to leave the town or else she will make Ram arrested using the proof she has. Swati worries and agrees to leave the town.

Here, Lakhan tries to approach Yash again for his project. Yash sees his proposal when Avni also says and Yash decides to work with Lakhan on this. They leave for Ram’s sangeet after that Swati reveals how they should leave the town as Yash has fixed Avni’s marriage.

Lakhan decides to go to the party and confess his love for Avni. Ram announces about Sid and Avni’s marriage which shocks Avni. Lakhan comes and creates a scene in the party.

In the upcoming episodes, Lakhan will confess his and Avni’s love when Avni will deny it and call it one sided love. This will shock Lakhan.