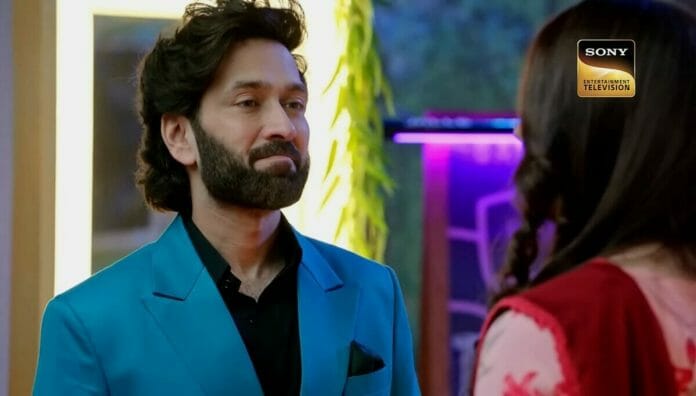 In today’s episode, Lakhan taunts Ram about losing all his relations so Ram gets upset. Swati and Lakhan go leaving Ram upset. Later, Lakhan is doubtful about the truth Swati said but Swati hides her feelings. Yash talks to Lakhan how much Ram might do for his real brother if he can do so much for step brother. Lakhan thinks to bond with Ram in order to get his love back.

Later, Pihu goes with the Soods to let Priya and Ram spend first night after marriage. Priya and Ram decide to go to a cafe where they first went. Nandini talks to Swati to meet her near the same cafe. Nandini gets shocked to see Ram and Priya so she aborts the plan. Yash puts a conditional infront of Lakhan to make Ram accept him as his brother. Lakhan wonders how to do it.

Sid thinks to make sure Lakhan and Ram become distant. Here, flashback of Swati and Nandini is revealed how Ram was a kid and to get a pen he gifted his dad. Ram tries to take it from Virender’s friend but he ends up slipping off the window and dying. Nandini records this and blackmails Swati to expose Ram and ruin his life.

Swati fears and leaves Ram. Nandini threatens Swati when Ram and Priya accidentally spot them. Nandini asks Swati to pretend so Swati says I want my share of property. Ram gets upset while Priya thinks something is fishy.

Before Pirya could investigate further, Avni goes missing worrying everyone. Everyone blames Lakhan. Priya thinks to give Lakhan a scope of doubt but after seeing CCTV footage with Ram of the hotel Priya also doubts Lakhan.

In the upcoming episodes, Priya will be determined to find who is behind involving Pihu with media. Shubham will blame Swati for this.