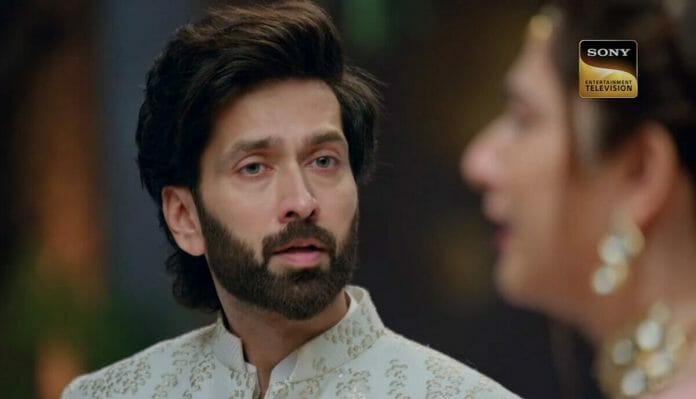 In today’s episode, Nandini thinks Ram is not going to give them half of the property so she starts planning something deadly for Ram. Priya comes to Kapoor mansion to cheer up Ram. Nandini and Shubham go to the farmhouse and switch off their phones to make Ram understand that he has to give their share of property.

Ram requests Nandini to attend his wedding by texting her. Here, Priya decides to wear a designer lehenga for Ram’s happiness. Priya is shocked to know that someone planted crackers and loose wires of lights in the doll house. Later, Ram and Priya have a video call where in they confess their love and feelings.

They get ready for wedding. Priya gets some proofs about Shubham and Nandini’s intention so she goes to them and warns to expose them. Vedika beats Priya with a pan and she becomes unconscious. Ram sends Nandini a voice note stating he is going to name all the property in their name but Nandini misses to hear it.

At first Nandini is against what Vedika did but Vedika convinces her. They put Priya in a room and kidnap Pihu too. Vedika makes Pihu write a letter to Ram about how they are leaving. In the temple, Ram waits for Priya when Nandini comes and gives him the letter.

Ram feels something is wrong so he leaves thinking to save Pihu and Priya from trouble. Ram goes to take Krish’s help while Priya and Pihu play smart with Vedika and take her phone. Vedika is trying to find her phone when Priya calls Nandini from it and hides it behind Pihu.

Priya makes Vedika realise how Nandini will back out from this plan as Ram is going to name all the property in her name. Nandini thinks to turn the tables on Vedika and shows Ram a video of Vedika kidnapping Pihu. Ram confronts Vedika and she asks for her share.

Ram goes to meet Vedika but she sees Police that Shubham brings. Vedika is about to hit Ram with a vase when Priya will save Ram. Vedika gets arrested. Priya tries to tell Ram about Nandini being at fault too but Ram is unable to digest it and goes out. Priya feels bad and Nandini taunts Priya how she failed today.

In the upcoming episodes, Nandini will admit how she loves Ram’s money when Ram will listen to this and confront Nandini.