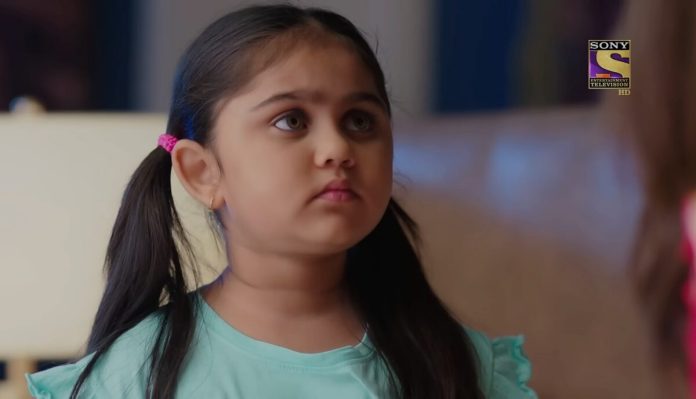 In Bade Achche Lagte Hain, with the show taking the very first leap and with the lead couple Ram and Priya separated due to misconception created by Nandini, Ram and Priya finally meet post the leap. The fans are missing the old Ram and Priya who were deeply in love but this new phase of the couples is sweet and bitter both. How will this leap turn out things for the couple, will be interesting to watch!

In the on going track, Krish asks Priya to have a drink but Priya remembers her promise to Ram to not to drink with anyone else. Priya gets emotional. Ram sees Pihu and asks about her when Sandy comes to her rescue. Sara is shocked to know Pihu met Ram in the mall. Sara wants to tell Priya but Meera, Sandy and Vikrant think if Ram and Pihu can reunite it will be for the best so they decide to hide it from Priya.

Pihu tells Ram how Vedika calls her daughter of thieves so Ram gets upset on Vedika. Brinda gets impressed by Pihu and thinks how she made Vedika apologise. Priya feels guilty that because of her Sara’s engagement was at danger. Later, Shubham will take Sandy’s idea which will impress Ram. Ram goes for an important meeting and Priya goes to Ram’s office for some work.

They both get stuck in the lift and call out for help. Vedika gets to know Ram is stuck with Priya so she will get angry. The lift guy will open the lift and say soon the lift will fall so come fast. Ram asks Priya to go but she says you should go. Nandini comes and gets panicked to see Ram there that too with Priya.

So, Ram gets out to comfort Nandini. Ram gets out but in Priya’s time the lift starts going down. Ram is unable to see Priya in trouble so he pulls Priya up, shocking Nandini and Vedika. Just then the minister comes and praises the coupling of Ram and Priya.

Nandini is angry so she announces Vedika as Ram’s fiance. Minister congratulates her while Priya gets shocked. Later, Nandini tries to convince Ram for the proposal of Vedika but Ram doesn’t agree. Here, Priya tells Pihu the story of how her prince charming is always full of surprises. Pihu demands to meet Prince charming so Priya diverts the topic.