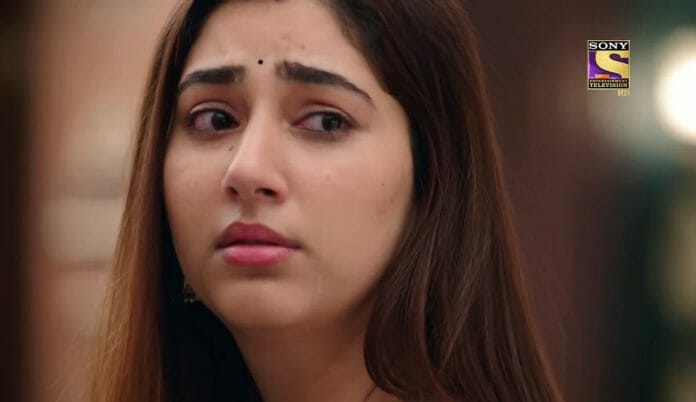 In the on going track, Varun comes to meet Krish while Ram also comes. Ram gets shocked knowing about Varun’s confrontation done by Priya. Ram wonders why didn’t Priya tell him. Ram and Krish make Varun call and bring Shashi there. Later, Shashi doesn’t show up and his driver comes warn Varun. Ram gets furious over Varun but seeing Ishan, Ram gets cooled off. Nandini gets to know about Varun’s involvement and thinks to create a scene and steal the will using Mami. Before the puja kept for Virender, Shubham makes a scene with confronting Priya over hiding Varun’s involvement. Ram too gets upset and questions Priya and her loyalty towards kapoor family. Nandini asks them to let it go but Ram keeps being upset on Priya. Just before the puja, the number plate is revealed and it’s shown how Mami found the number plate with Priya’s items. Priya says she didn’t know about this, she got it from Meera and might be of Mahender. Nandini creates a scene saying Mahender only killed Virender and Priya tried to hide it. Ram tries to support Priya but with remembering how this number plate was missing from that day, he gets suspicious. Priya tries to explain herself but Ram doesn’t trust her so Meera takes Priya from there with her. Ram decides to focus on the case and catch Varun. Priya breaks down and thinks she has lost Ram. Meera pledges to save both her daughter’s marriage. Priya sneaks inside Mahender’s house and finds her purse she lost during her kidnapping. Varun gets to know Ram is suspecting him so he meets Mahender where Mahender reveals how Varun was the one driving the car on the day of accident. Priya records this all on her phone.

In the upcoming episodes, Ram will come to Sood house to ask Priya for a favour. Priya will promise to do as he says. Ram will ask priya to make Meera arrested. Priya will get shocked.