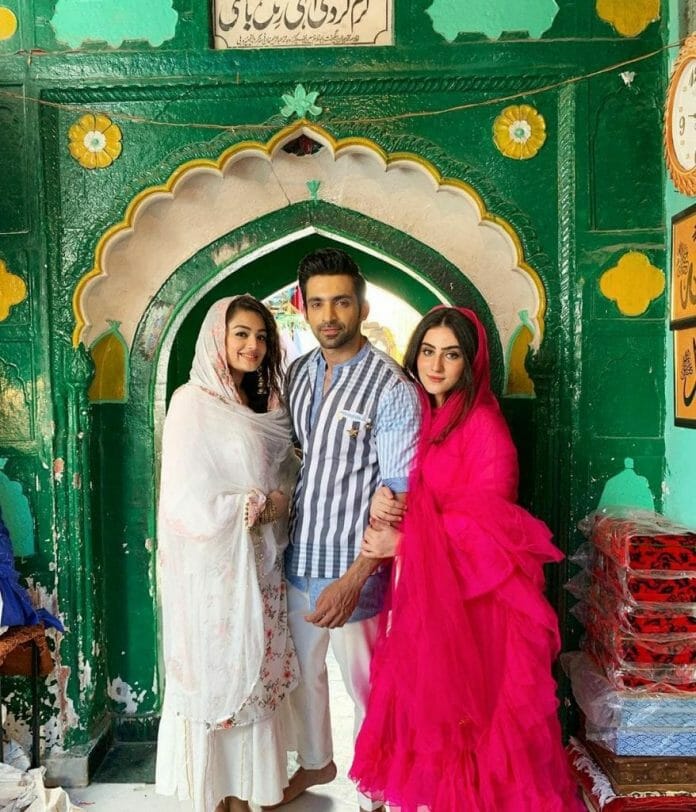 Episode starts with Mashuqa informs hospital name to Noor and Noor calls them and enquires about Rubina. Noor asks Dilruba to check Azaan whether if he gets any call.

Azaan gets irritated getting so many calls.  Dilruba shows Azaan his video and its getting some million likes. Azaan gerts shocked and wonders who did that. He gets a call and Dilruba attends it. Dilruba says that the call is for him. Azaan talks with them and agrees for meeting. Azaan asks Dilruba to not inform anyone.

Noor brings Khalid and asks him to listen carefully and says Rubina is lying to everyone. Khalid thinks about how she caught Rubina when she is giving wrong medicine to badi Ammi and how she revealed her pregnancy when he thought to send her to police.

Khalid says I’m the culprit of badi Ammi and ready for any punishment and you can handover me to police. Noor thinks I’m talking about Rubina and Khalid is ready to take blame of Rubina mistake thinking she is pregnant but he don’t know she’s lying about her pregnancy.

Dilruba calls Rubina and says youre finalist of mrs Bhopal beauty contenstant and you can get 20lakhs. Rubina feels happy and phone gets disconnected. Noor says which contestant you’re talking about. Rubina says she became the finalist Mrs bhopal and taunts Noor saying you can’t participate in it because you’re unmarried.

Noor taunts even you can’t in pregnancy. Khalid says she can try later. Rubina reveals she is not pregnant. Everyone gets stunned. Noor smiles and says Khalid may have something to say. Rubina says don’t say anything Noor otherwise I will make you like badi maa and she stopped realising her revealation.

Noor asks why you stopped, say that you wanted to do same thing to me like you did with Razia and want to make me lifeless. When Rubina about to say Khalid stops Rubina and questions why you lied to me about pregnancy, just to save yourself and stop me from revealing your crime. Rubina says no, I’m pregnant.

Noor says how many lies, I enquired in hospital and they said you never visited their hospital and your call from beauty contestant is fake and I’m the one who asked Dilruba to call you. when Khalid tries to slap Razia stops him. Khalid says this is my baddi Ammi who wants to protect you even after knowing your mistakes, he asks her to get out and asks Noor to call the police.

PRECAP – Azaan comes home and says about his music contract with u series. Azaan challenges Noor that i will buy begum mahal back and today it’s time to return your slap. When he raised his hand to Slap her, Razia stops him and says Noor is the one who uploaded your song and she is the one who saved everyone and because of her you got the contract. we are nothing without Noor. Assam gets shocked.