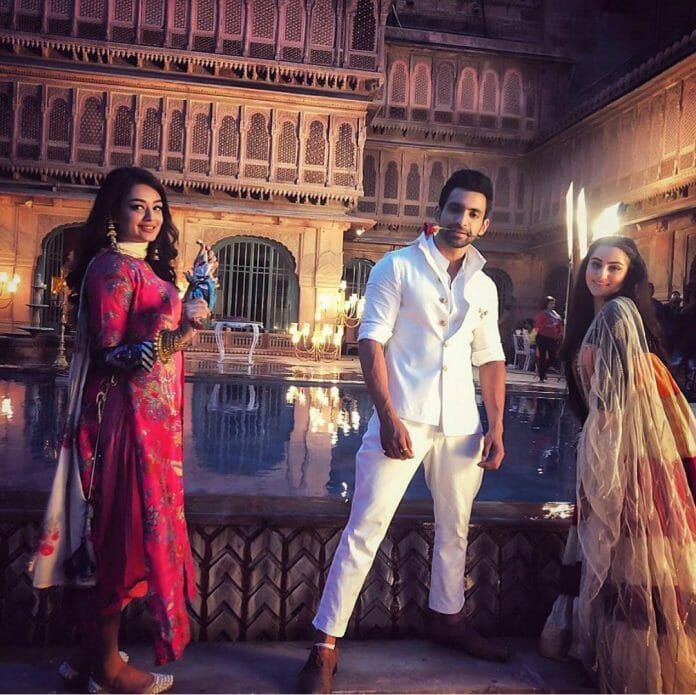 The episode starts with azaan coming out of the club dejected. Someone sees him sitting and thinks of him as a begger and tries gives him some money. Azaan sits there and starts playing his guitar. He kept his jacket there for people to give him money. He thinks of shayra while singing his song. People gather around to listen to him. Noor came in a disguise and kept one lakh rupees. Azaan and babu bhaiya blessed the kind donor.

Khalid tells Noor that she should’ve told Azaan everything but Noor says that the time hasn’t come yet. Azaan comes to noor and calls everyone else in the family. He throws one lakh rupees at Noor’s face. Noor asked whether he had stolen the money. Noor asked for her remaining nine lakh rupees. She said she had given ten lakhs to the doctor and Azaan still has to pay nine lakh rupees. Noor also says that if he is not able to pay her the remaining nine lakhs, then he should give her his mother’s paasa. Azaan refuses angrily.

Noor then asks him to leave the house with his family or listen to her three conditions. Her first condition is payment of nine lakhs at the moment, second one is giving her the paasa and for her third condition she brings out a bucket of black paint. She says that the third condition is that she will put the black paint on his face. Azaan says he couldn’t believe someone can go down so low. Azaan allows her to apply paint on his face. Everyone tries to stop Noor.

Noor doesn’t want to do this but in order to make Azaan better she had to do it. She takes out the paint to out it on Azaan’s face. Noor hesitantly tries to apply the paint and in a surprise stopped by begum sahiba herself who also slaps her. She tells her how dare she did such a thing. She says that now her plans will not work anymore and she has returned. Noor goes from there. Azaan is happy to see her mother standing on her feet and getting well. He hugs her. She says that she is fine but is a little weak.

Azaan says that he felt a lot alone in the past five years. Her mere presence was enough to keep him alive and motivated. She also says that he too is the only reason for her to be alive. He says that all the furnitures has gone for cleaning. Begum sahiba says that she knows about everything.

Precap: Rubina tells Khalid that begum sahiba might know about her evil deeds. Azaan talks to khalid and tells him that there is something he needs to tell him which might come as a shock. He says that doctor has not only gotten begum better but also know the reason behind her not getting well sooner.