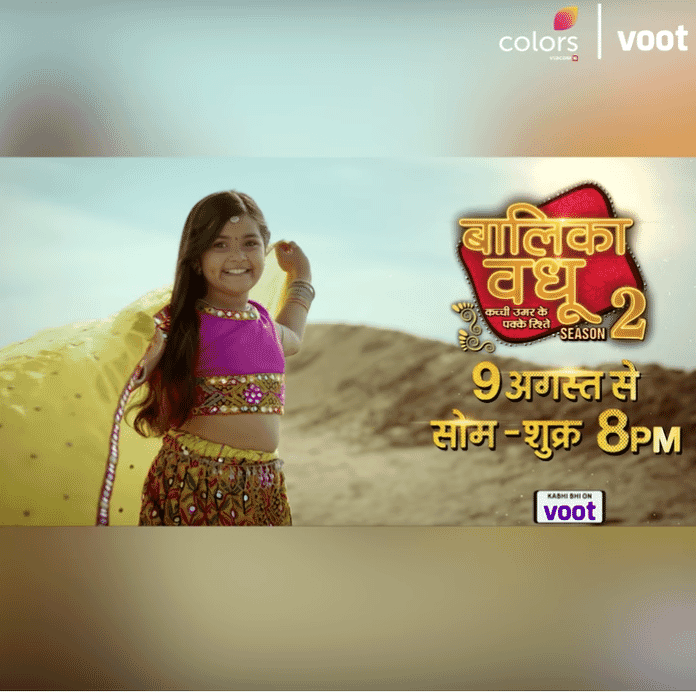 The episode starts with Jigar coming to Anandi and Anand and pretends to be nice. He asks if he can be part of their friendship bond too. Both of them happily agree. Jigar suggests to play truth and dare as all three of them are not sleepy. Anandi takes truth for one first turn and Jigar asks her why is she awake so late night. She says its very easy and that she wanted to meet Kanku. Jigar asks her if she met her but Anand says its wrong to ask more then one question.

Anandi asks Anand whom he likes the most in their family. He says he likes Anandi the most because they are very similar. Jigar gets irked and then gives a dare to Anand to call Kanku but Anandi tells not to disturb her. Anand questions Anandi what’s correct age to marry according to her. She feels uneasy recalling how she is already married and says she don’t want to play anymore. Kanku and Madhav wait at a small hut and he tells that they should tell all the truth to her family.

Madhav and Kanku are about to get intimate but Madhav stops and says its wrong and he want to protect her dignity. In the morning everyone excitedly do all the preparations to go to temple. Devali says Premji that money envelopes are ready, he asks her to hand it over to Maadi Baa. Devali is over excited and nervous so Maadi Baa calms her down and says all will go well. Jigar thinks now it will be fun. Sejal says that Mehul and his family has gone for jogging and will directly come to temple.

Anandi goes to Kanku’s room and gets shocked to see she isnt there and there is a sad emoji drawn on the mirror. She shouts and calls Sejal and Devalit. They get shocked to see Kanku is not there. Anandi says that she has run away from home. Sejal is unable to call Premji so they immediately leave for temple. At temple Anandi blames Anand for everything. She says she found the checklist and it has Anand’s handwriting. She asks Anand why did he cheat everyone and that she had already warned him that running away is wrong.

Jigar also starts acting and blames Anand which shocks him. Jigar also blurts out about Madhav. Everyone is left stunned to know the truth. Anand says he helped Kanku because she deserves a chance as she doesn’t love that guy whom she is being forced to marry. The groom’s family comes there and humiliates them asking if their is some problem with daughter and talks badly about Kanku. Anandi tells them she is very good but got influenced by Anand. The episode ends with Madhav coming there with Kanku and they recognize him as servant from Diwali day celebration.