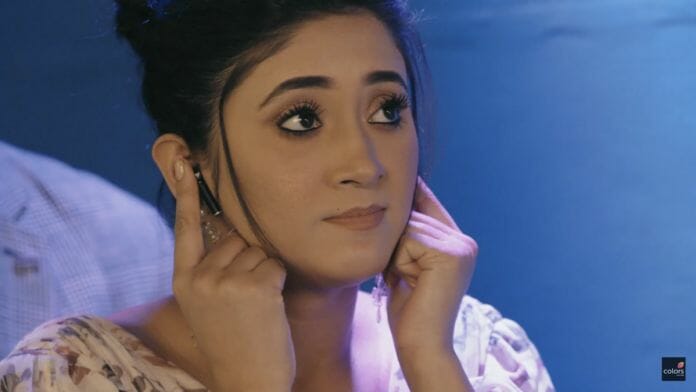 Colors TV show Balika Vadhu, is now reflecting the struggles of Anandi to establish herself professionally while being surrounded by others who are trying to pull her down. Ishana who wants to get close to Anand is constantly trying to demean Anandi. Will Anand be able to see Ishana’s reality before its too late?

In the previous episode, Ishana apologised to Anandi on Bhairavi & Anand’s insistence. On seeing Ishana Jigar tried to tell about her but he couldn’t. Later Mrs Mehta got impressed by Anandi’s presentation and gave them the deal on condition that Anandi should be one leading the project. Anand readily agreed. Later Ishana made Anandi misunderstand Anand’s intentions. Anand was worried how they can manage models in such short notice.

Anandi said they themselves along with NGO workers will be displaying the designs in the event. Anand was impressed by her idea. Anandi gave dresses to Sejal, Bhairavi and even Ishana. Last moment Ishana played dirty and pretended to get her ankle sprained. She damaged the chain of dress and asked Anandi to wear it. In the upcoming episodes we will see Anand will notice that Anandi’s chain is open but she will not hear as she is wearing earphones. How will Anand stop Anandi from facing wardrobe malfunction? Will Ishana’s plan get successful this time?