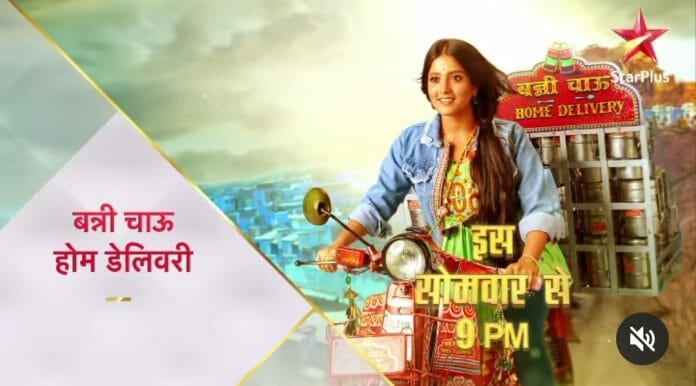 The episode starts with Banni asking Yuvan why he is addressing himself as Kabir. Yuvan says I’m Tulika’s Kabir and I hate Rathore’s family and you came between me and Tulika so you need to leave us and Yuvan will be gone soon and Kabir Singh Rathore will rule everything. Banni gets worried. Kabir places her in the coffin. Banni tries to tell him she is his Banni.

Charmi tells Viraj that she didn’t expect this behavior from Yuvan. Viraj says you used to say Yuvan won’t do any mistakes when Banni is with him but she is not with him anymore. Servant handovers document papers to Viraj. Viraj gets shocked seeing the papers. Yuvan comes to his real self. He sees Banni in worry. He asks how she reaches to coffin. Kabir overpowers Yuvan.

Myra asks Devraj to bring back Banni home. Devraj says only Yuvan can bring her. Myra says Yuvan went to Banni’s place only. Viraj calls Yuvan’s name in anger. Devraj asks him what happened. Viraj shows him the papers and reveals to him that Yuvan bought the property by breaking the rules. Devraj says it’s Yuvan’s sign. Viraj says Banni is correct and Yuvan is two faced. Devraj says he trusts Yuvan. Viraj says Yuvan is changed and he doesn’t care about Banni then why will he care for us?

Kabir buries Banni alive. He thinks no one can come in between him and Tulika. Agastya waits for Banni. He calls her but she doesn’t respond to him. One of the passersby informs Agastya that Banni went with her husband. Agastya looks on. He asks Rohan to trace Banni’s number. Rohan traces Banni’s number and informs her location to Agastya. Agastya thinks about what’s she doing at the place. Banni struggles to escape from the coffin. She recalls everything and realizes Yuvan is suffering from a split personality. She prays to Shiv Ji to save her.

Kabir hurts his hand to meet Tulika. The nurse takes Kabir to Tulika. Tulika asks her to take him to another doctor. The nurse says other doctors are unavailable and asks her to treat him. Banni thinks Kabir will ruin everything and I need to live for Yuvan. Agastya reaches Banni’s location and calls Banni. He hears a ringtone and notices the phone is under the earth. He notices land is moving up. He realizes Banni is inside. He rescues Banni by bringing her out of the coffin.

Tulika asks him to close his eyes while she is doing his first aid. Kabir tells her poetry. Tulika warns him to not show his face to her. She tells him first aid is completed and asks him to leave. Kabir tells her she has to see him daily. He tells her she looks good in Pink. Tulika gets confused with Kabir’s behaviour. Agastya asks Banni who is responsible for her state. Banni says Yuvan name and falls unconscious. Agastya gets shocked. He unties Banni.

The next morning, Banni wakes up in shock. She realises she is at Agastya’s place. Agastya asks her to take a rest. Banni tells him she needs to leave to save Yuvan. Agastya asks why she is behind him. Banni says Yuvan needs me at this time as he is suffering from a split personality.

Precap – Banni thinks she won’t let Kabir hurt Yuvan. Viraj denies signing papers. Agastya locks Banni in a room and tells her he won’t allow her to leave. Kabir threatens to demolish the house if Viraj doesn’t sign the papers.