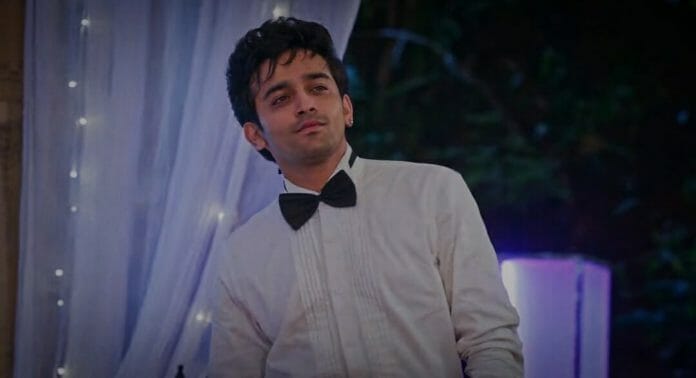 As reported earlier, Banni and Agastya meet Doctor Sanjay. Sanjay reveals to them that Yuvan is suffering from a split personality and how he injured him when he tries to inform Banni about it. Kabir reaches home. He throws papers at Viraj and asks him to sign the document which states that you’re giving me the power of attorney that Manini gave you.

Everyone gets shocked. Viraj denies signing the papers. Banni asks how to cure Yuvan. Sanjay says they need to be careful while doing it as treating Yuvan means killing Kabir. Banni says she won’t let Kabir hurt her Yuvan. Later Banni says to Agastya she needs to go to Yuvan.

Agastya reminds Banni that she is going near danger and tells her he won’t allow her to meet Yuvan until Yuvan recovers as you’re my responsibility. He locks up the room. Banni requests him to open the door and tells him that she needs to save Yuvan and his family members from Kabir.

Agastya asks her to understand that Kabir is dangerous. Kabir enters Rathore’s house premises in a bulldozer. He is on mike warns family members that he will demolish the house if Viraj doesn’t sign the document. Everyone comes out and gets shocked. Devraj asks will you break the house which has your mom’s memories?

Kabir smiles and says they can’t trap him with the emotional card. He says the countdown begins. Viraj pleads with him to not demolish the house. Kabir says fine but Viraj has to play one game with me. He holds Viraj’s hand and asks him to free his hand to save Rathore’s mansion otherwise bulldozer is ready.

In the upcoming episode, viewers going to witness Viraj will get defeated in the game. Kabir will say now I will count only 3, it’s better you mend your ways until then otherwise you all will be responsible for this house getting razed down.

Kabir starts the bulldozer after counting up to 3. Viraj doesn’t move back and others get worried. Banni punches Kabir and makes him fall from the bulldozer.

Can Banni be able to cure Yuvan? Will family members learn about Yuvan’s split personality disorder?
All these questions will be answered in the upcoming episodes.