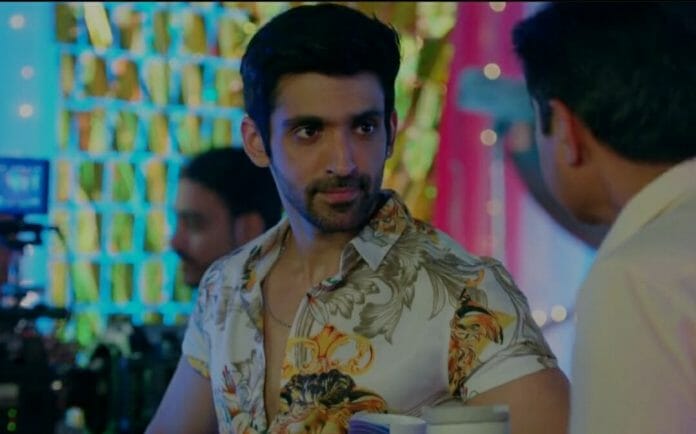 As reported earlier, Agastya is impressed with Yuvan’s singing. Agastya asks him to come into the light and says this voice should be in a rocking star competition. Yuvan comes in front and sings. Agastya gets shocked. Everyone in the set applauds Yuvan’s performance.

Banni comes there and reminds their challenge to Agastya and asks him to give chance to Yuvan. Agastya says Yuvan is dependent on you and your husband is looser and he can’t become a rockstar. Myra records everything. Banni says you promised us.

Agastya says he loves to break promises. He leaves for the shoot.

Viraj tells Charmi that he is with Manini for their share. Charmi thinks I know you love me but Manini can’t help us and only Banni is the one who can help us. Later Banni says she doesn’t know what to do. Myra says you’re master to us and you can’t get defeated.

She shows the video she uploaded on social media that how Agastya insulted Yuvan breaking his promise. Banni says you did good. Agastya faces backlash through that video. The next day, Alapana sees the video and says Banni made Yuvan sing in front of Agastya without Manini’s knowledge.

Brinda says it’s good. Viraj says Manini’s not at home to create a scene. Banni asks Devraj why Manini didn’t create any scene. Charmi slowly tells her that Manini is not at home.

On the way, Manini asks Doctors to airlift her brother. Myra shows Banni how their video is trending. Banni says it’s good. Agastya gets worried seeing a video where his fans and people are shouting to boycott him.

In the upcoming episode, viewers going to witness people will surround Agastya’s car with a boycott slogan. Agastya comes out and asks how can he give chance to a mentally imbalanced person.

The producer comes there and says his decision is wrong and Yuvan will participate in the competition and you have to move out as a judge. Banni and her family feel happy seeing news on the tv. Agastya will think he won’t leave Banni.

Can Yuvan utilize the chance? What will Agastya do against Banni?
All these questions will be answered in the upcoming episodes.