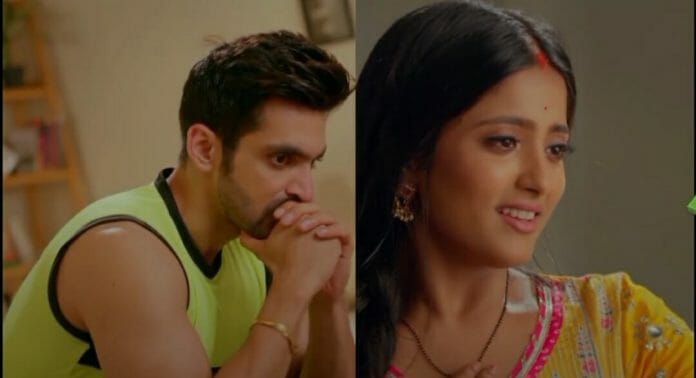 As reported earlier, Agastya gets surrounded by a group of protestors who demand Yuvan’s participation in the competition. Agastya asks protestors how can he give chance to a mentally imbalanced person and he tells consequences if Yuvan becomes a rocking star.

Ngo woman says you’re right but who gave you the right to insult Yuvan so you need to apologize to him. Protestors demand his apology. Rohan asks him to apologize. One of the audience says he is the son of a rich dad so how can he understand the struggle of a mentally challenged person?

Agastya says he is in his position because of his talent. The producer comes there. Protector says Param Kapoor is the father of Agastya and we can see how much talent Agastya has.

Param says Agastya’s decision is wrong and Yuvan will participate in the competition and Agastya have to move out as a judge. Banni and her family feel happy. Manini watches Yuvan’s video.

She calls Viraj and scolds him for allowing Banni to fool them. She asks Viraj to send him regular updates of Yuvan and Banni until she returns from Delhi. She disconnects the call. She thinks she won’t let them fulfill their dream.

At the market, Yuvan tells Banni that mom will be happy knowing he got a chance. Banni says they can tell once she returns from her important work. Yuvan goes to buy jasmine flowers. The old man gives it to him but takes it back after seeing Banni and says he doesn’t like her.

Banni asks what wrong she did to them. The old man says you troubled good man like Agastya and tells her how Agastya helped them to sell their balloons and how she misunderstands him. Banni feels bad.

In the upcoming episode, viewers going to witness Param Kapoor will say to Agastya that he made him who he is and reminds Ayastya that he is nothing without him. Banni and Yuvan will apologize to Agastya. Rohan will record their video.

Agastya will come to Yuvan’s house. Banni will think he may didn’t accept her apology.

Can Yuvan utilize the chance? What will Agastya plan against Banni?