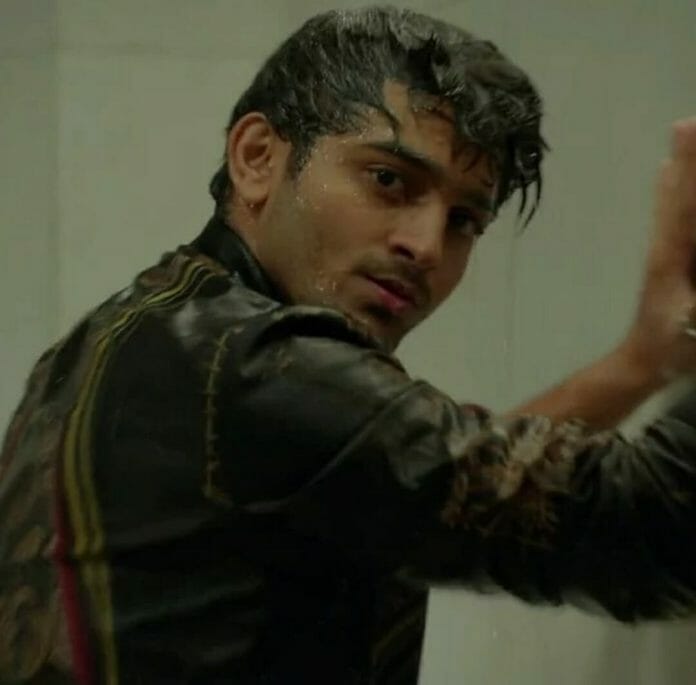 As reported earlier, Agastya says to Banni that she is blind in love. Banni says she can see and feel the hope. She requests him to support her as a friend. Veer tries to provoke Viraj against Yuvan but Viraj doesn’t consider him seriously. An unknown man passes information to an unknown woman that Kabir proposed to Tulika and it’s good for us if he stays away from Banni.

Kabir drinks juice in the bathtub. He recalls everything and decides to show Banni that he can win over her. Banni opens the washroom and notices Yuvan/Kabir is taking bath. She turns her face. Kabir says why are you feeling shy, you’re my wife and I have a right on you, why did you go away. He forwards his hand saying come. Banni pulls him out of the bathtub.

She says Yuvan has right on me but you’re Kabir so stay away from me and she says food is ready so come to eat. Kabir declares he stays hungry but won’t have the food prepared by her. Banni feels sad. She says she waits for him preparing his favorite kheer. Yuvan tries to come out for Banni but Kabir controls him.

Agastya goes to Devraj’s room. Agastya accuses Devraj of spoiling Banni’s life by getting her married to Yuvan. He says Yuvan doesn’t deserve Banni and Banni deserves a caring and loving person like me. Devraj gets shocked. Kabir decides to stay away from Banni as her love may make Yuvan come out.

The next morning Kabir notices he is tied to the bed. He asks Banni to release her. She forcefully feeds him Kheer. He recalls their first meeting in the Temple.

In the upcoming episode, viewers are going to witness Kabir will inform Banni that her marriage with Yuvan is illegal as per law a marriage with a mentally unstable person can be declared void at any time which means the marriage can be ended at any time.

Everyone gets shocked. Kabir tears the wedding photos of Yuvan and Banni. He announces it’s illegal and the marriage doesn’t exist. Banni looks on.

How Banni will react to Kabir’s announcement? Can Yuvan win over Kabir for Banni’s love?
All these questions will be answered in the upcoming episodes.