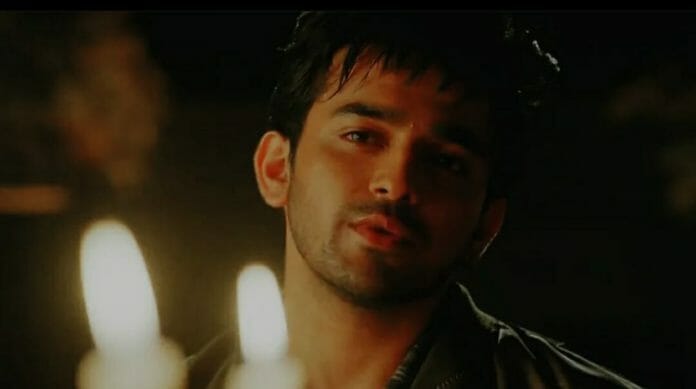 As reported earlier, Tulika informs Banni and the patient’s wife about the split personality. Banni thanks her for making them aware of the condition. Yuvan/Kabir threatens Doctor Sanjay to keep this disorder secret and tells him that Yuvan is going to die soon as he is a loser and my Bunty is enough to me and she still saved the locket and she belongs to me.

Kabir warns him to not tell anyone about him. Sanjay acts as if he agrees. Banni searches for Sanjay. Sanjay runs out of room to tell Banni that Kabir is dangerous. Kabir throws a vase at him. Sanjay falls on the floor. Ward boy comes to him and calls others.

Banni comes to Sanjay and asks what happened. He signs her and says Yuvan. Kabir hides and escapes from there. The doctor checks Sanjay and takes him inside for treatment.

Banni returns home and thinks about what Sanjay wants to inform her. She hears music and enters the house to meet Yuvan. Hemant throws Banni’s luggage at her feet. He asks her to leave the house and tells her that he won’t let her trap Yuvan for money.

In the room, Yuvan thinks he will propose to Banni soon. Banni tells Hemant that she will propose to Yuvan once his final round of competition is ended. Yuvan calls someone and asks him to do arrangements for his proposal.

Hemant asks Banni what if Yuvan says no to her. Banni says she will leave the house by herself as self-respect matters to her.

In the upcoming episode, viewers going to witness Yuvan will spot Tulika in tears at the rocking star competition venue then his alternate personality Kabir comes out. Kabir comforts Tulika by hugging her.

Agastya will notice them and informs Banni that he saw Yuvan hugging Tulika. Kabir will ignore Banni on the stage. Banni feels hurt by his actions.

Can Banni learn the truth? Will Banni leave the house?
All these questions will be answered in the upcoming episodes.